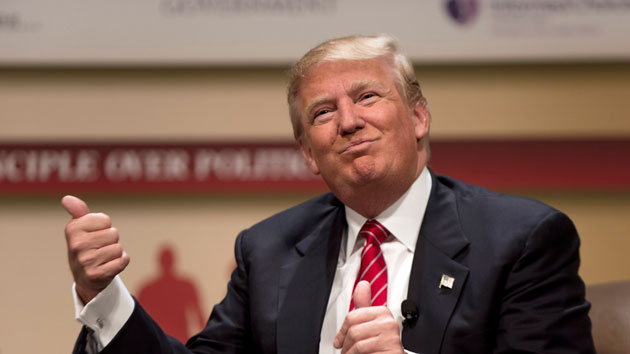 Four days after mocking Sen. John McCain (R-Ariz.) for being captured in Vietnam, Donald Trump is at the top of the Republican presidential polls. Despite his history of political flip flops, Trump has gained traction with red-meat-loving conservatives by skewering and belittling establishment figures such as McCain and Karl Rove, questioning President Barack Obama’s legitimacy, and attacking undocumented immigrants. But he’s also been quick to fling insults at anyone who ever says anything bad about him—other celebrities, journalists, legislators, and this one poor guy from Bermuda. Donald Trump insults people.

And now you, too, can be insulted by the tirade-prone tycoon—with the Mother Jones Donald Trump Insult Generator™. Just enter your name (or your friend’s name, or the name of your favorite stupid clown political pundit with bad ratings) and give it a spin. Just don’t expect an apology: