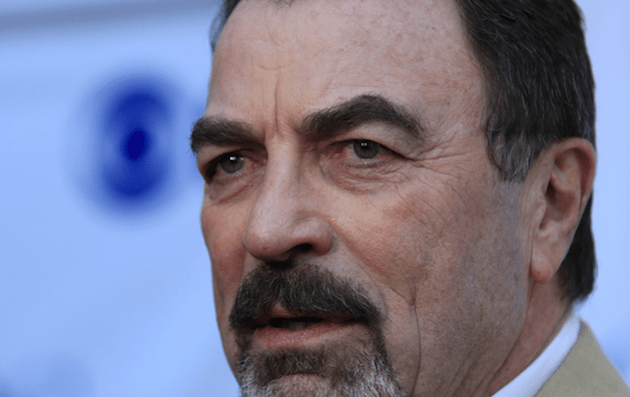 How much water does it take to groom Tom Selleck’s mustache? Truckloads, apparently.

In the midst of an unprecedented four-year drought, the actor is at the center of a lawsuit accusing him of re-routing thousands of gallons of water from a public hydrant to be sent to his 60-acre ranch in Southern California.

According to the lawsuit filed by the Calleguas Municipal Water District on Monday, on numerous occasions a private investigator spotted a truck filling up with water from the hydrant and delivering it to Selleck’s home.

Selleck allegedly continued to do so even after several cease-and-desist notices were sent to him, the newly filed court documents claim.

Now the water district is hoping to permanently block Selleck from continuing the water-delivery scheme and repay it for the investigators’ $21,685.55 fees.

Since new restrictions on water use were instituted in the state, celebrities and the wealthy residing in California who have watered their lawns excessively and ignored the caps have been targeted with so-called “drought-shaming” techniques on social media as a way to expose residents who appear to waste water.