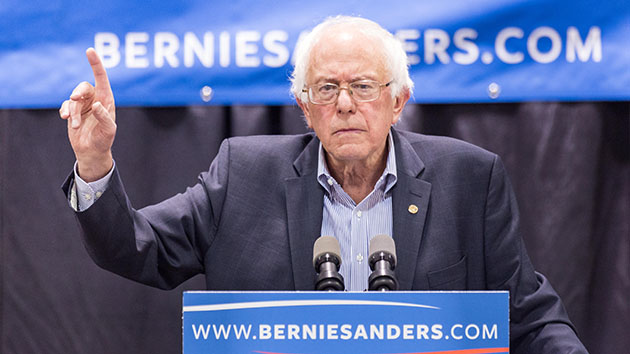 It’s beginning to look like progressives’ love for Bernie Sanders’ presidential run will be more than a summer fling.

On Tuesday, Public Policy Polling released a poll showing the Vermont senator topping presumed front-runner Hillary Clinton in New Hampshire by a 42-35 margin. Following far behind the top two contenders are Jim Webb at 6 percent, Martin O’Malley at 4 percent, Lincoln Chafee at 2 percent, and Lawrence Lessig at 1 percent. Just about everyone in New Hampshire likes Sanders. The Vermont senator has a 72 percent favorable rating from Democrats in the state, with only 12 percent saying they dislike him. A quarter of Democrats in the state say they have an unfavorable view of Clinton.

Clinton still isn’t in too much trouble nationally. A poll average from RealClearPolitics still has her trumping Sanders by 24 percent, with nearly 50 percent of Democrats saying they’ll vote for her. But New Hampshire, at least, is starting to look like a trouble spot for the former secretary of state. Sanders slowly whittled away at her lead there all summer, and a Franklin Pierce/Boston Herald poll from the beginning of August gave Sanders the same seven-point edge as the new PPP poll.