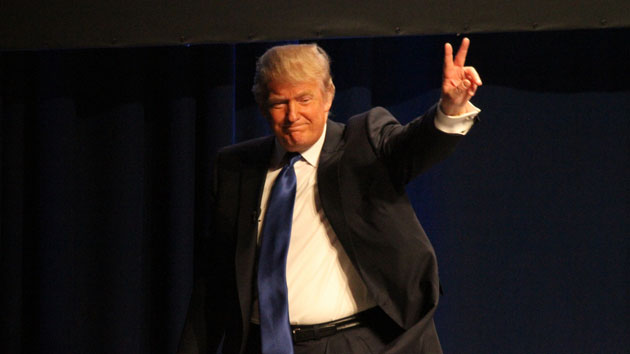 Donald Trump refused to rule out using nuclear weapons in Europe during a town hall in Wisconsin on Wednesday. The Republican presidential front-runner was asked about his recent contradictory statements about nuclear proliferation—in which he said he was concerned about the spread of nukes while also suggesting that more countries, including Japan, South Korea, and Saudi Arabia, should be allowed to acquire them.

MSNBC’s Chris Matthews, the host of the town hall, tried to pin Trump down on what circumstances might compel President Trump to deploy the United States’ nuclear arsenal.

“Look, nuclear should be off the table, but would there a time when it could be used? Possibly,” Trump said.

Matthews asked Trump to tell the Middle East and Europe that he would never use nuclear weapons, but Trump continued to evade. Asked again if he’d use nuclear weapons in Europe, Trump held firm. “I am not—I am not taking cards off the table,” Trump responded.