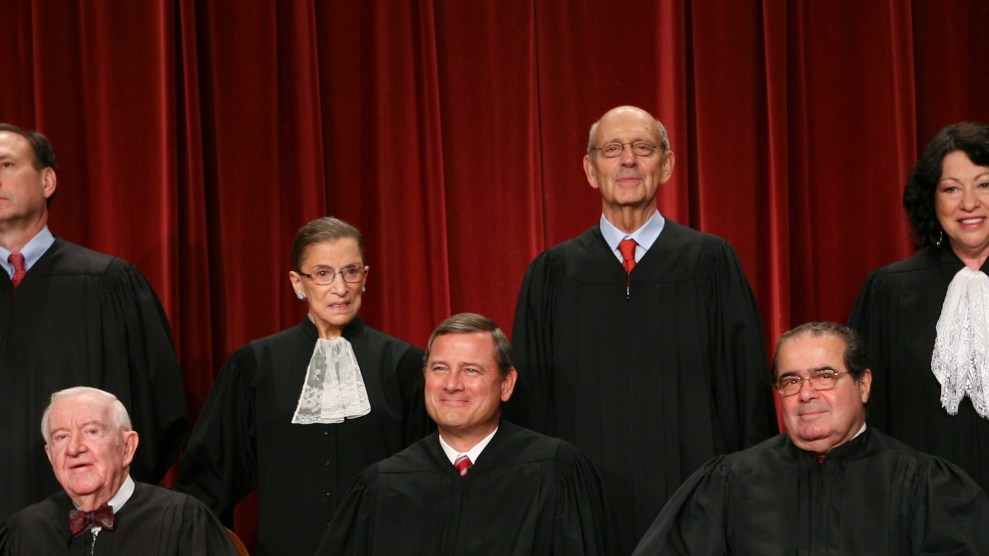 The Supreme Court struck down key portions of a Texas law severely limiting access to abortion on Monday. The law, known as HB2, threatened to shutter dozens of clinics in the state. Here are the best lines from Justice Stephen Breyer’s majority opinion and Justice Ruth Bader Ginsburg’s concurring opinion.

Breyer, in his polite and dry style, still managed to take some swipes at the state of Texas and its claim that the law would protect women’s health:

We have found nothing in Texas’ record evidence that shows that, compared to prior law…the new law advanced Texas’ legitimate interest in protecting women’s health.

More fundamentally, in the face of no threat to women’s health, Texas seeks to force women to travel long distances to get abortions in crammed-to-capacity superfacilities. Patients seeking these services are less likely to get the kind of individualized attention, serious conversation, and emotional support that doctors at less taxed facilities may have offered.

Ginsburg, making the same point, did not mince words:

It is beyond rational belief that H. B. 2 could genuinely protect the health of women, and certain that the law “would simply make it more difficult for them to obtain abortions.”

When a State severely limits access to safe and legal procedures, women in desperate circumstances may resort to unlicensed rogue practitioners, faute de mieux, at great risk to their health and safety.