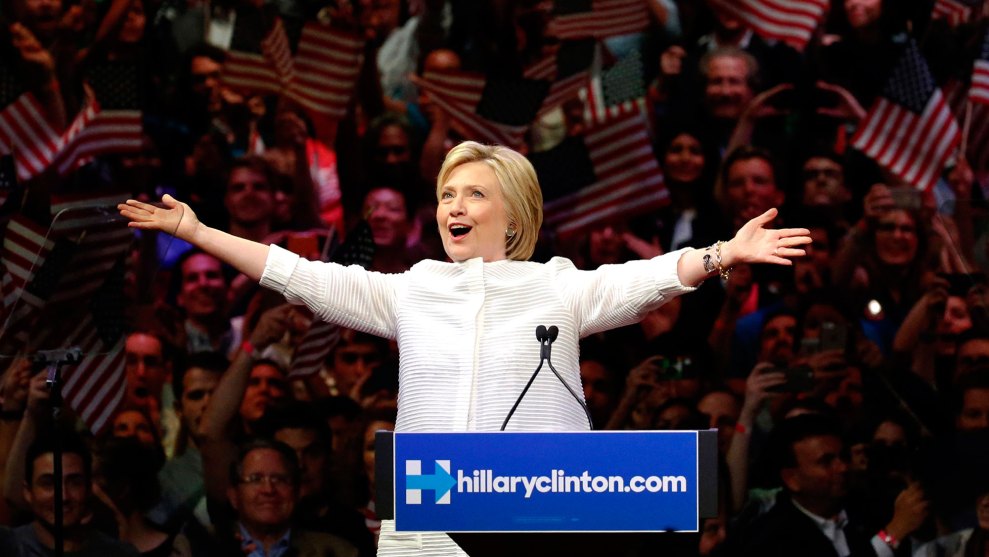 Democratic presidential candidate Hillary Clinton reacts as she takes the stage at a rally, Monday, June 6, 2016, in California.AP Photo/Julio Cortez

Thirty minutes before polls closed in California, Hillary Clinton gave a victory speech in Brooklyn. Clinton had a total of 2,383 delegates after winning the Democratic primary in New Jersey and secured her spot as the Democratic presidential nominee, making her the first woman to do so.

Tonight, we can say with pride that, in America, there is no barrier too great and no ceiling too high to break. pic.twitter.com/7vbGPJe543

The question Tuesday night was not whether Clinton would win, but if Sanders would stay in the race until the Democratic Convention in Philadelphia this July. Sanders won the North Dakota caucuses on Tuesday night, earning 18 more delegates.

At the Navy Ship Yard in New York, Clinton wasted no time digging into the competition.

“Donald Trump is temperamentally unfit to be president and commander in chief,” she said.