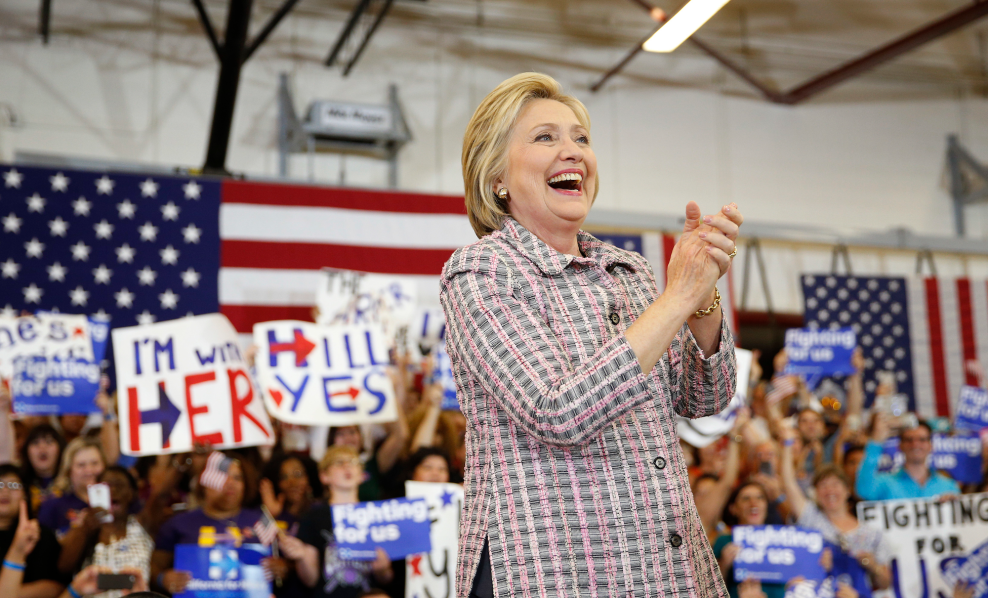 On Monday, the Associated Press reported that Hillary Clinton had enough delegates to secure the Democratic nomination for president, making her the first woman to lead a major party’s presidential ticket in American history. The news came a day before Tuesday’s primary contests, when Clinton was projected to reach the 2,383 delegate count needed to become the presumptive Democratic nominee.

Just hours before the new delegate count was announced, Clinton spoke with reporters in California about the historical significance of her candidacy and what it meant for a woman to be in her position.

“My supporters are passionate,” she said. “They have voted for me in great numbers across our country for many reasons—but among those reasons is their belief that having a woman president will make a great statement, a historic statement, about what kind of county we are, what we stand for. It’s really emotional.”

“I do think it will make a very big difference for a father or a mother to be able to look at their daughter just like they can look at their son and say you can be anything you want to be in this country, including president of the United States,” she continued.

Reacting to the AP’s call, however, Clinton cautioned that the delegate count should not be construed as a reason for people not to vote in Tuesday’s primaries:

As her attention shifts to the general election, Clinton will likely focus on the revolutionary nature of her campaign to become the first woman president of the United States, particularly given Donald Trump’s gender-based attacks against Clinton and other women—a strategy that’s likely to bring about one of the widest gender gaps in voting history.