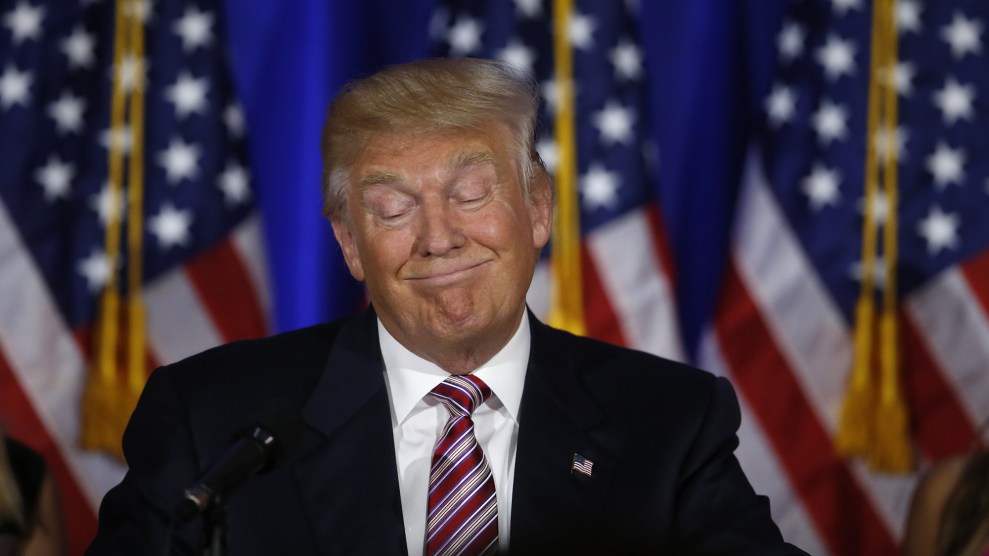 Donald Trump issued an edict on his Facebook page Monday afternoon: The Washington Post will no longer be credentialed to cover his campaign. “Based on the incredibly inaccurate coverage and reporting of the record setting Trump campaign,” Trump wrote, “we are hereby revoking the press credentials of the phony and dishonest Washington Post.”

Trump appeared to take issue with the Post‘s characterization of his response to this weekend’s Orlando shooting, in which he suggested that President Barack Obama had some involvement in the attacks, according to the Post. The paper now joins an extensive list of publications that have incurred Trump’s wrath—though this is the first time his campaign has publicly acknowledged a blanket ban on allowing a media outlet to cover his campaign. As I reported in March, Trump’s campaign has regularly denied press credentials to outlets including Buzzfeed, the Huffington Post, the Des Moines Register, Univision, National Review, and Mother Jones.

For a time, being denied credentials was more of a hassle than a true impediment for reporters seeking to cover Trump’s events. When I’ve been turned down for credentials in the past, I’ve waited in the general public line, which is sometimes hours long, and still been able to attend Trump’s events. Recently, however, the Trump campaign ejected a Politico reporter from an event in California after he entered the event with the general public.