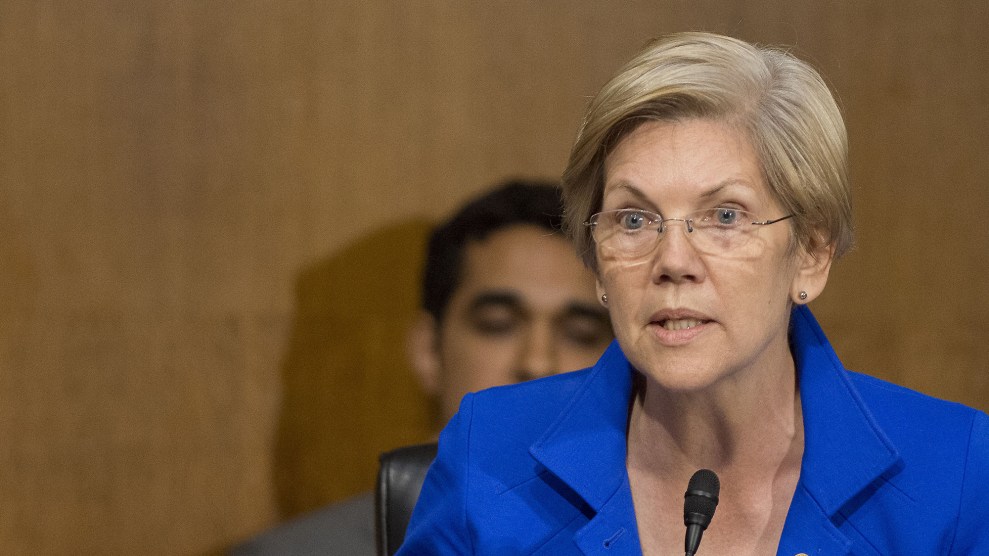 On Tuesday, Paul Ryan unveiled a new anti-poverty plan in Washington, DC. News coverage of the event largely ignored the contents of Ryan’s proposal, instead focusing on his statement that Donald Trump’s attacks on a Hispanic judge constitute the “textbook definition of a racist comment”—but that he’d still be voting for Trump anyway.

But liberal favorite Elizabeth Warren wanted to make sure Ryan’s policy ideas didn’t go completely unnoticed. The Massachusetts senator took to Facebook later in the day to tear apart Ryan’s plan as a retread of old Republican proposals. “It looks more like an agenda for creating poverty than reducing it,” Warren wrote. “In fact, if you look closely, Paul Ryan’s new plan is just a shiny repackaging of Paul Ryan’s old plan: Keep huge tax breaks and special loopholes open for billionaires and giant corporations, gut the rules on Wall Street, then say there’s no money for Social Security, for Medicare, for education, or anything else that will help struggling working families.”

Warren is hardly alone in that assessment. Ryan’s anti-poverty plan rests on some of his favorite pet causes: furthering the ’90s-era welfare reform emphasis on pushing people toward work and block-granting funding for programs while giving states more leeway on how they run the programs. The left-leaning Center for Budget and Policy Priorities noted that it’s nice to hear Republicans focused on poverty but blasted Ryan’s proposal. “In several areas,” CBPP’s Robert Greenstein wrote, “the plan repeats standard congressional Republican positions in bashing a series of federal laws and regulations designed to protect low- and middle-income families.” Slate‘s Jordan Weissmann highlighted the absurdity of the fact that Ryan’s plan to help poor people includes repealing the Obama administration’s fiduciary rule, a regulation that forces financial advisers to offer retirement advice in the best interests of their clients. “The basic consumer protections offered by the fiduciary rule aren’t going to deprive anybody of essential financial advice,” Weissmann wrote, “and fighting it is an obvious sop to a powerful industry. Trying to cloak it in the language of an anti-poverty effort is as sad as it is hilarious.”