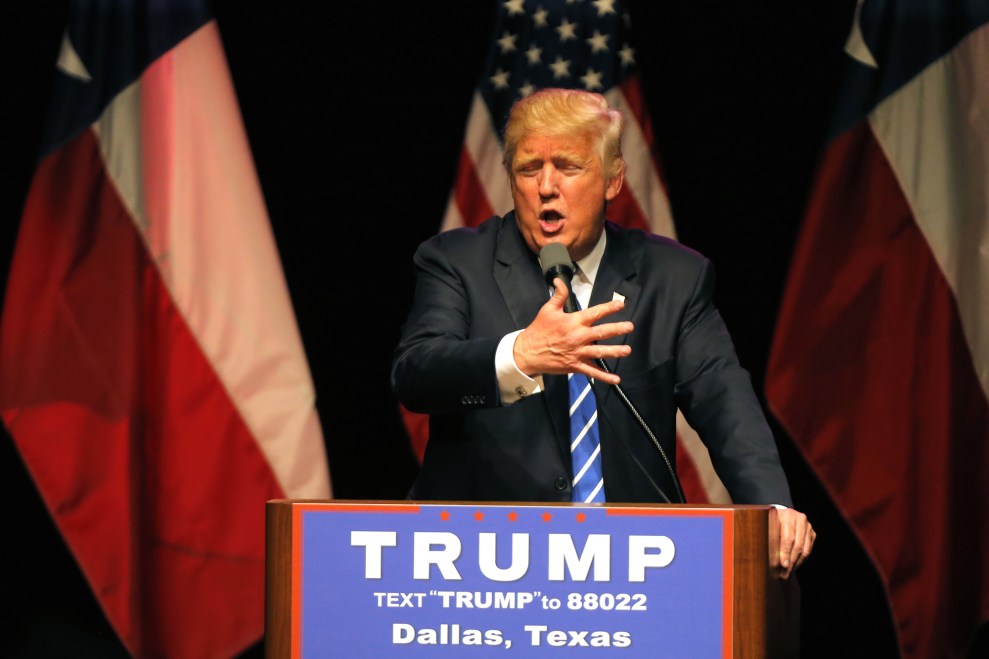 High-ranking officials from the National Rifle Association are distancing themselves from Donald Trump’s latest remarks about the Orlando mass shooting, in which the presumptive Republican nominee for president said that club-goers should have been armed—a situation Trump said would have been a “beautiful sight.”

“No one thinks that people should go into a nightclub drinking and carrying firearms,” NRA lobbyist Chris Cox told ABC’s This Week on Sunday. “That defies common sense. It also defies the law. It’s not what we’re talking about here.”

Cox, however, stopped short of completely breaking with Trump’s stance on guns, instead insisting what the real estate magnate meant to say was that if people had arrived to the scene sooner, “fewer people would have died.”

What @realDonaldTrump said is not controversial. It’s common sense. pic.twitter.com/Ic4SVUKVC9

On Friday, Trump sparked a firestorm of controversy by suggesting that armed people with guns strapped to their waists inside the Orlando nightclub could have prevented the worst mass shooting in American history.

“If some of those wonderful people had gun strapped right here—right to their waist or right to their ankle—and one of the people in that room happened to have it and goes ‘boom, boom,’ you know that would have been a beautiful, beautiful sight, folks,” Trump told supporters a rally in Texas.

The comments even prompted a rejection from NRA chief executive Wayne LaPierre, who on Sunday said that he did not believe “you should have firearms where people are drinking.”

The NRA officially endorsed Trump for president in May.