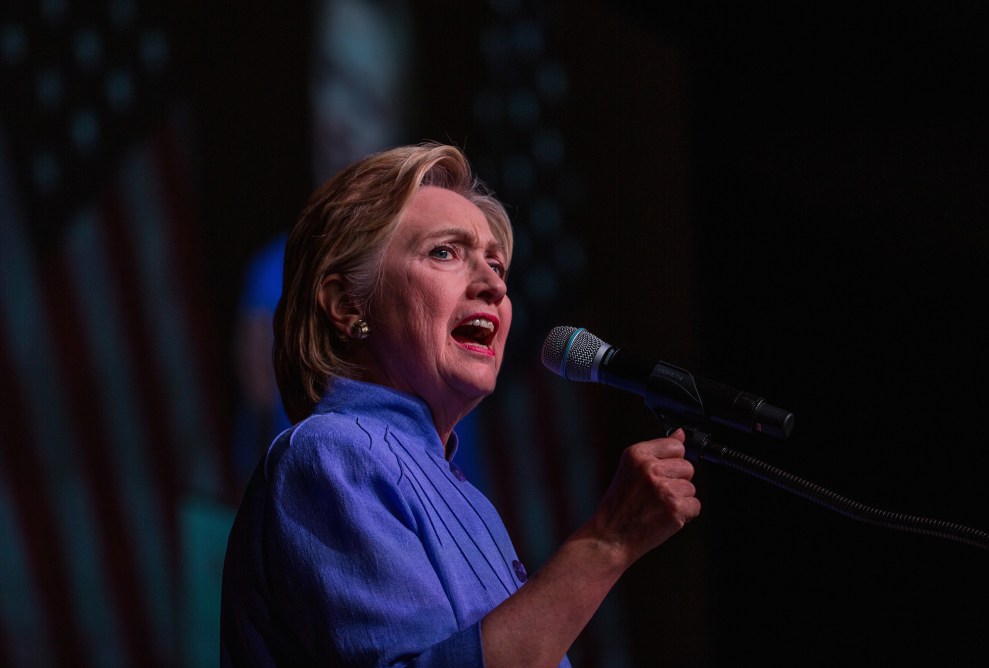 Against the backdrop of some of Donald Trump’s most high-profile failures, Hillary Clinton was in Atlantic City, New Jersey, today to deliver a powerful attack on the real estate magnate’s business record and make the case that a Trump presidency would be equally disastrous for the American economy.

“He calls himself the king of debt and he earned that title right here in Atlantic City,” Clinton said in a speech just steps away from the now-closed Trump Plaza Casino and Hotel. “His bad decisions hurt the whole city.”

Marty Rosenberg, a native Atlantic City resident who worked to help build Trump’s Taj Mahal casino, introduced the presumptive Democratic nominee and called out Trump’s “questionable net worth” and self-touted record as a job-maker. Clinton then honed in on Trump’s dealings in the economically distressed city, where four of the presumptive Republican nominee’s casino ventures filed for bankruptcy, saying he destroyed small businesses while reaping millions of dollars in profit.

“He doesn’t default and go bankrupt as a last resort, he does it over and over again on purpose—even though he knows he will leave others empty-handed while he keeps the plane, the helicopter, the penthouse,” Clinton said. “He always rigged it, no matter how his companies performed.”

Ahead of the speech on Wednesday, Trump took to social media to defend his record of hotel and casino management, blaming Democratic lawmakers for Atlantic City’s recent troubles:

I made a lot of money in Atlantic City and left 7 years ago, great timing (as all know). Pols made big mistakes, now many bankruptcies.

Hillary Clinton should ask why the Democrat pols in Atlantic City made all the wrong moves – Convention Center, Airport – and destroyed City

Clinton referenced his morning tweets, slamming Trump for taking pride in getting rich while his workers suffered. “What he did here in Atlantic City is exactly what he will do if he wins in November,” she said.

Prior to her remarks on Wednesday, Clinton’s campaign released a scathing video on Trump’s Atlantic City ventures: