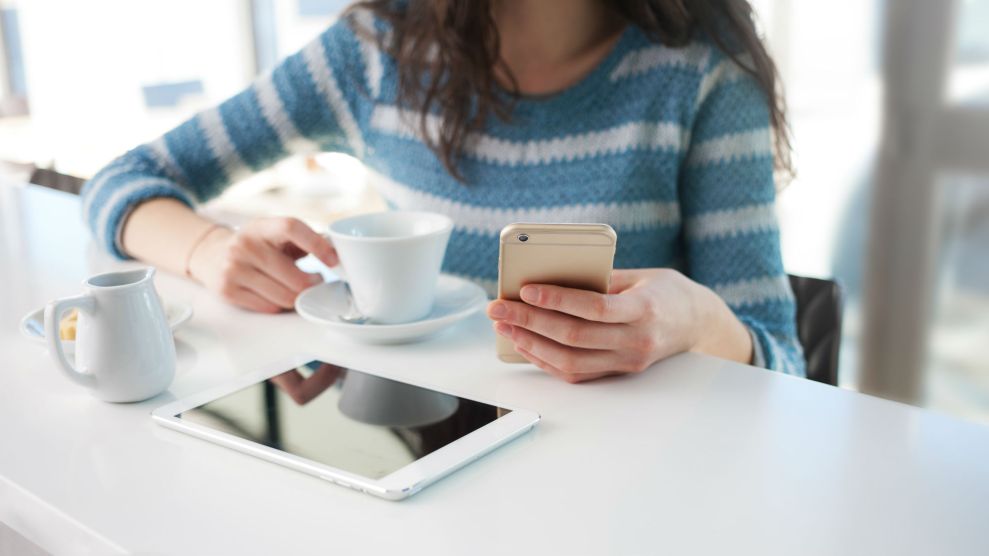 If you’re one of the millions of women who use a fertility tracking app to either get pregnant or avoid pregnancy, you might want to be careful about which one you choose.

More than 40,000 apps to address medical needs now exist, and nearly 100 of them purport to give users the opportunity to track fertility by using all sorts of data—some monitor basal body temperature and cervical fluid, and others simply rely on days ticked off on a calendar.

According to a new study published today in the Journal of the American Board of Family Medicine, up to 60 percent of women, fed up with traditional methods of contraception and endless doctor visits, are considering apps for their reproductive health care use. Dissatisfied with the side effects of hormonal contraception or eager to replace a pharmaceutical solution with something a little more natural, these women express interest in using fertility-awareness-based methods (FABM) to prevent pregnancy. The most popular apps claim to have more than 1 million downloads each.

But here’s the catch: Researchers found the vast majority of these apps don’t use evidence-based methodology to draw conclusions about whether or not you can get pregnant.

“We have this inherent trust that the more technological it is, the better it is,” said Dr. Marguerite Duane, a family physician and adjunct associate professor at Georgetown University who led the study. “So if it failed and a woman became pregnant, she would blame the method, not the app.”

The team identified more than 95 relevant apps that are available for download and reviewed 40 of them—it eliminated apps that either had disclaimers saying they should not be used as a form of contraception or did not claim to use fertility-awareness-based methods. Duane said eligibility in the study was determined by teams of two and sometimes three researchers who reviewed the apps and combed through all the fine print. Many were excluded because they simply relied on a calendar to track a “typical” 28-day cycle. But female biology is more complicated than that.

Only six of the apps had either a perfect score for accuracy or did not have any false negatives—Ovulation Mentor, Sympto.Org, iCycleBeads, LilyPro, Lady Cycle, and mfNFP.net.

Among the lowest scorers was Glow, an app that has faced criticism in the past for its reliance on shallow studies to make sweeping claims. The app claimed last year that it had helped more than 150,000 couples get pregnant, and it recently launched a period-tracking app to accompany its fertility, pregnancy, and baby apps.

“Success using [fertility-awareness-based methods] depends on many factors, including the ability to accurately make and classify daily observations,” the study authors wrote. “Relying solely on an FABM app may not be sufficient to prevent pregnancy.”

But Duane is still a believer in using those methods, because doing so can demystify how a woman’s body actually works.

“This should be available to every woman of reproductive age,” she said. “This is not rocket science—most women can learn the method and be able to track their fertility effectively in two to three months. We need to trust women and empower women with this knowledge and not be dismissive.”