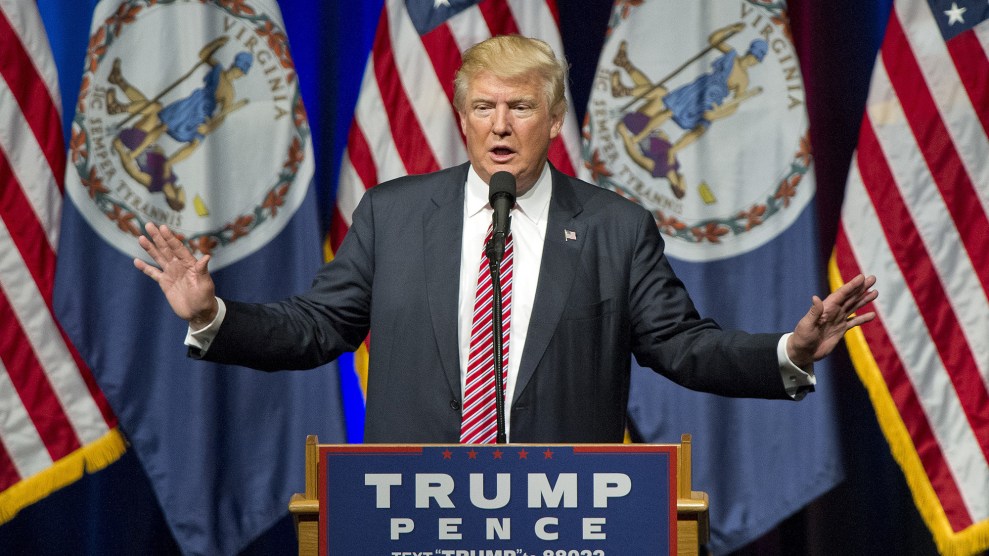 Update: On Wednesday night, just a few hours after he made his anti-Trump proclamation, Vu resigned as a Republican presidential elector, saying in a statement, “My public expressions of misgivings about our party’s nominee has led to events that would be detrimental to the promotion of our party’s platform of limited government, free enterprise, and liberty.”

Georgia Republican Baoky Vu is about to remind American voters—particularly Donald Trump supporters—that the process for selecting a president isn’t quite as democratic as they imagine.

Vu will be on the ballot this fall to become one the state’s 16 electors in the Electoral College. When people cast votes for president, they’re actually selecting electors who have pledged to back their candidate of choice—a distinction that generally has no practical implications. But Georgia is one of 21 states that don’t legally require electors to vote in accordance with the outcome of the popular vote in their state. And according to the Atlanta Journal Constitution‘s Jim Galloway, Vu not only won’t be voting for Trump in November as a citizen; he might not vote for the Republican nominee if he goes to the Electoral College.

An immigrant from Vietnam, Vu called out Trump for his recent attacks against Khizr Khan, the father of a slain American soldier. “Rather than earning the American people’s respect and trust through the duration of the past year, Donald Trump’s antics and asinine behavior has cemented my belief that he lacks the judgment, temperament and gravitas to lead this Nation,” Vu wrote in a statement. “Throughout the process, he has hurled insults at our heroes and their families, denigrated the disabled and praised dictators. Forget political incorrectness, this is simply despicable demagoguery.”

Vu wouldn’t be the first elector to betray the will of the voters. There’s been a long line of so-called “faithless” electors, including Democrat Barbara Lett-Simmons, who abstained from voting for Al Gore in 2000 to highlight the District of Columbia’s lack of congressional representation. But electors normally don’t telegraph those decisions so far in advance, instead making the move out of principle when it does not affect the outcome of the election.

This is called a feature, not a bug, of the system our founders designed. It undermines nothing. https://t.co/rDijKwv2N7

It’s unlikely Vu’s sole vote would swing the final outcome of the election. But his decision to so publicly buck the norms of the Electoral College represents yet another instant of party resistance to Trump’s candidacy, and if more electors follow suit, it could change the electoral calculus. Vu’s move could offer a boost to efforts to replace the institution with a national popular vote, an idea that became popular among liberals after Gore lost in 2000, but less so among conservatives. The Republican Party platform even attacks the suggestion, saying, “We oppose the National Popular Vote Interstate Compact and any other scheme to abolish or distort the procedures of the Electoral College. An unconstitutional effort to impose National Popular Vote would be a grave threat to our federal system and a guarantee of corruption, as every ballot box in every state would offer a chance to steal the presidency.”