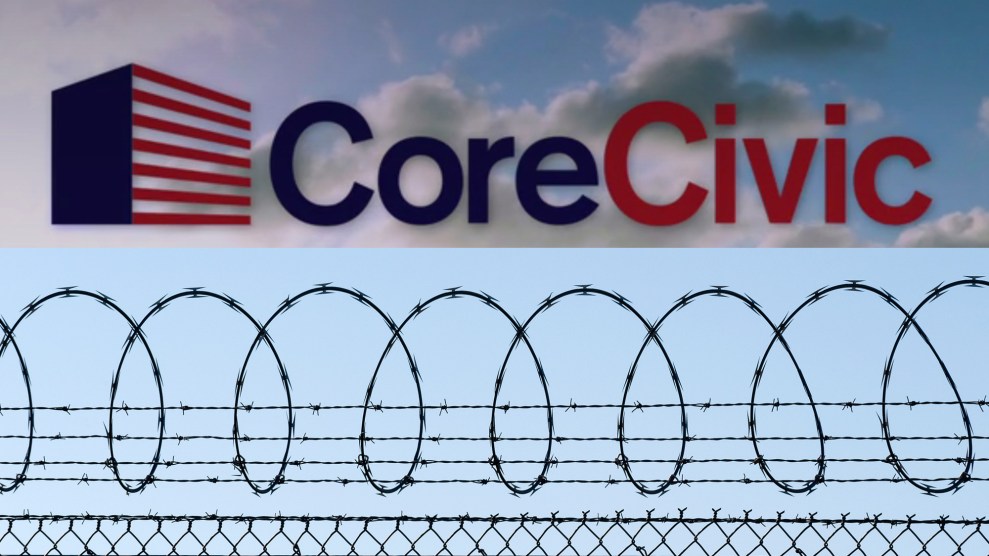 The Corrections Corporation of America, the private prison company that was the subject of a recent Mother Jones investigation, has announced that it’s rebranding itself in the wake of increased scrutiny of the for-profit prison industry. CCA will now be known as CoreCivic, a “diversified government solutions company.” Don’t let the corporatespeak fool you; it will remain a private prison corporation offering “high quality corrections and detention management.”

The makeover comes after a slew of bad news for the company. After Mother Jones published its investigation, the Department of Justice announced it would phase out its use of private prisons. The Department of Homeland Security said it would reevaluate its relationship with private prisons. CCA shareholders filed a class action lawsuit against the company for allegedly failing to disclose that its practices could put its government contracts in jeopardy. Over the past six months, CCA’s stock price has fallen more than 50 percent, and the company announced a round of layoffs last month.

“Rebranding as CoreCivic is the culmination of a multi-year strategy to transform our business from largely corrections and detention services to a wider range of government solutions,” said Damon T. Hininger, the president and CEO of the business formerly known as CCA in a press release about the rebranding. “The CoreCivic name speaks to our ability to solve the tough challenges facing government at all levels and to the deep sense of service that we feel every day to help people.” The release claims the rebranding has been years in the making and was finalized before the Justice Department’s announcement in August.

The company formerly known as CCA is also adopting a “new visual identity”:

This includes a bolder, sleeker and more modern typeface, as well as a color palette intended to evoke attributes such as safety, strength, passion, stability, integrity and seriousness. The brand’s symbol, a 13-stripe American flag stylized to also represent a building, speaks to the Company’s commitment to public service, the professionalism of its employees and its expanding government real estate focus. There’s also a nod to the Company’s heritage with the right side of the symbol angled at 19.83°, representing the year that the Company was founded, and the left side of the symbol angled at 20.16° to mark the year the Company rebranded as CoreCivic.

Read more about the history of CCA and private prisons and Shane Bauer’s investigation into a CCA prison in Louisiana.