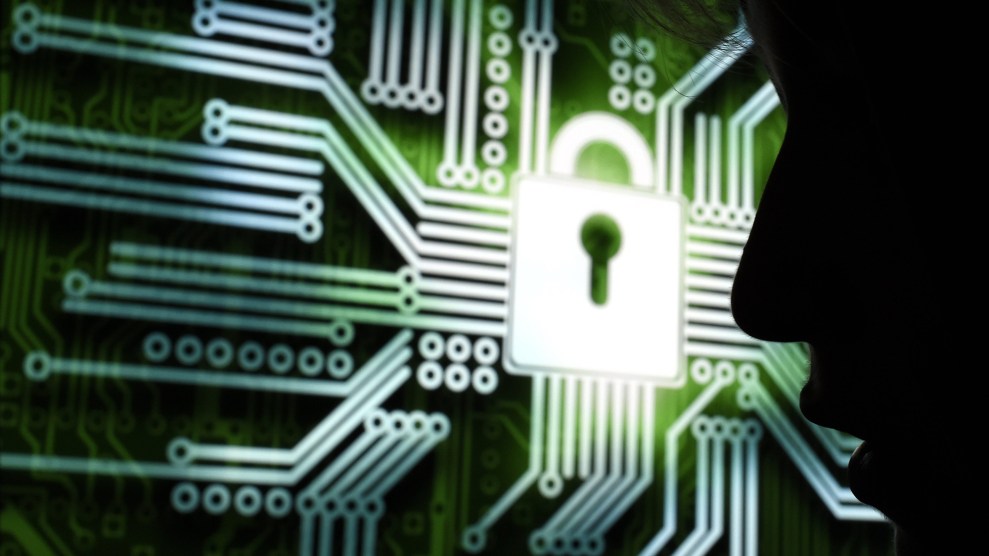 A year ago, Donald Trump said he would consider closing off parts of the internet.

A week later, during the CNN Republican presidential debate, Wolf Blitzer asked Trump if “closing the internet” might put the United States “in line with China and North Korea”—two countries known to censor the online world. Trump responded that groups like ISIS are using the web to take our “young impressionable youth” and that he “sure as hell [doesn’t] want to let people that want to kill us and kill our nation use our internet.”

So now, as Trump prepares to take office, a number of internet-freedom activists are worried he may make good on these campaign promises. They include Brewster Kahle, the founder of the San Francisco-based Internet Archive, one of the biggest online libraries in the world that curates 279 billion web pages, 2.9 million films and videos, 3.1 million recordings, and much more. Part of the Internet Archive is the Wayback Machine, a search engine for past incarnations of web pages, some of which are no longer accessible. In a FAQ posted to the Internet Archive blog last weekend, Kahle wrote that the Internet Archive had been planning a partial backup in Canada. But Trump’s statements on the campaign trail and his election as president “ramped us into higher gear, moving us further and faster than we would have. The election led us to think bigger.”

“On November 9th in America, we woke up to a new administration promising radical change,” Kahle wrote in a statement on November 29. “It was a firm reminder that institutions like ours, built for the long-term, need to design for change…[I]t means preparing for a Web that may face greater restrictions.”

In an interview with Mother Jones, Kahle said that after the election, his staff went through the archives to see what Trump had said about the internet and freedom of speech. They found several instances of troubling talk from Trump in which he called for restricting parts of the internet and attacked the press for reporting on his behavior. When your business is to preserve a record of the internet as a historical record, a president who might restrict it is an existential threat.

“At this point it seemed prudent to at least take him at his word,” Kahle said. “If something goes down, and he said this was what he was going to do, shame on us.”

“At this point it seemed prudent to at least take him at his word,” Kahle told Mother Jones. “If something goes down, and he said this was what he was going to do, shame on us.”

So instead of building out a partial backup of the entire Internet Archive in Canada, as they had originally planned, Kahle and his team are now moving forward with a full duplication of their work based in Canada. The group already has partial backups in Alexandria, Egypt, and Amsterdam, but Kahle says the $5 million Canadian project is designed to be not just a backup, but “another node in an international library system.”

In recent segment on The Rachel Maddow Show, Maddow described the Internet Archive as an invaluable tool for researchers, journalists, and everybody who wants to preserve history with reports and data that are only accessible through the Wayback Machine. Vice President-elect Mike Pence’s first congressional campaign platform document—that included a call for the government to shift AIDS research funding and put it toward curing people from being gay—can no longer be found through a Google search. Trump’s use of a government presidential transition web page to showcase his properties around the world was taken down shortly after it appeared but can still be accessed through the Wayback Machine.

Kahle said another example was a press release that came out during the George W. Bush administration after the famous speech he delivered under the “Mission Accomplished” banner, announcing that all combat operations in Iraq had ended. That release was soon amended before being pulled down altogether. But the Wayback Machine preserved the controversial moment for history.

“People remember that particular event,” Kahle said. “Having it switch from ‘Yeah, we’re done here,’ to ‘Well, we’re still there,’ and ‘Let’s not talk about that anymore,’ all happening with that one press release from WhiteHouse.gov I think is kind of a useful lesson in Orwellian editing.”

Giving the government the ability to access all communications is part of the general discussion of restricting what can and can’t be done online, and what is preserved for posterity. FBI Director James Comey has spoken aggressively in favor of limiting encryption technology and allowing the government “backdoors” into communications, and a bipartisan group of senators—including Dianne Feinstein (D-Calif.) and John McCain (R-Ariz.)—seem open to mandating government access to communications over phones or the internet. Trump himself has called for a boycott of Apple products after the company got into a very public fight with the FBI, when the FBI wanted Apple to write software to break its own iPhone encryption following the 2015 San Bernardino attack. To Kahle, this provides further impetus for complete backups of his archive in other countries.

“There’s a lot of laws that are put in place that have built the world that we have,” Kahle said. “And to the extent that those are going to be up for grabs, then we can end up with a very different world.”

The Trump transition team and his spokesperson, Hope Hicks, did not respond to questions about his policies toward free speech on the internet.

As The Ringer’s Alyssa Bereznak put it the day before the election, Trump’s mastery of social media aside, “he has shown little understanding of the infrastructure behind the online tools that have extended his reach.” He jokingly asked Russia to find Hillary Clinton’s 33,000 deleted emails and said he wished he “had [the] power” to hack the Democratic National Committee. And there’s also Trump’s alleged history of listening in on phone calls involving staff at Mar-A-Lago, an allegation Hicks denied when asked by BuzzFeed. As for weaponizing the internet via cyberwarfare, Trump has described the United States as “obsolete” and called for a ramping up of US government capabilities.

“The first thing to do is listen to what people say they want to do. And when they say things like they want to close up part of the internet…that sort of thing is a big change to how the internet structure could work,” Kahle said. “Who knows what will exactly happen, but we’re starting with his words.”