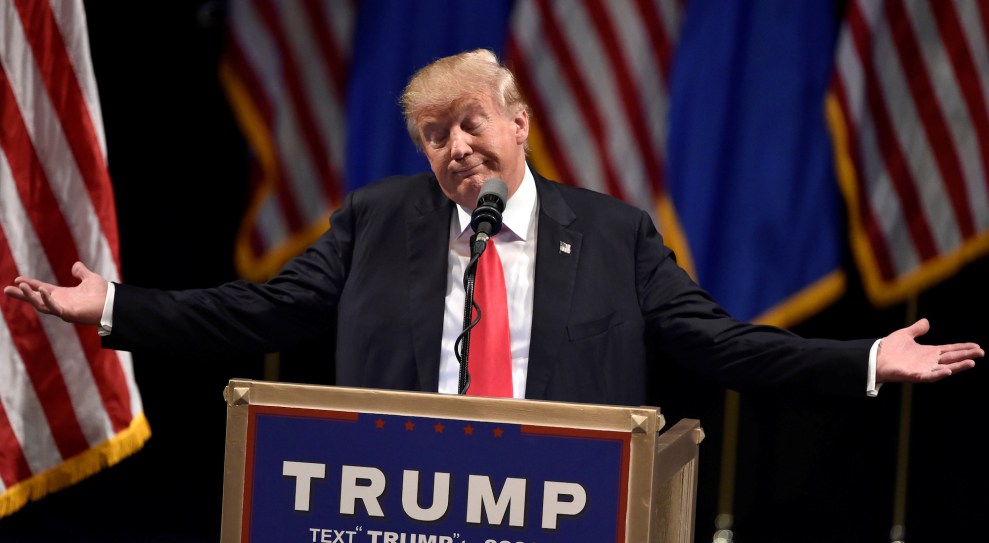 As Donald Trump prepares to be sworn in as the next president of the United States today, bookmakers are currently offering odds on whether Trump—the least popular incoming president in four decades—will get impeached or be forced to resign. Some even predict that he won’t survive the first six months in office.

That’s according to the online betting site Paddy Power, which has placed the odds of Trump failing to complete his first term at 7 to 4. The odds of Trump getting impeached in the first six months stand at 4 to 1. Other offerings include bets on the inauguration itself and the future of his marriage to Melania Trump: 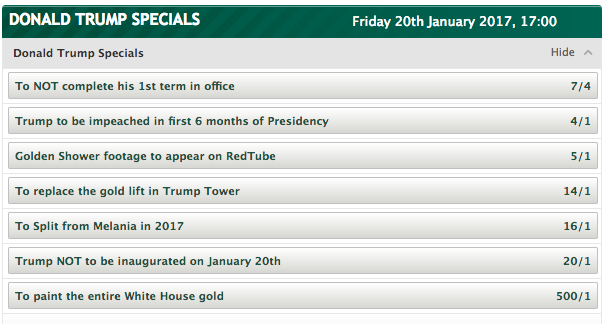 To be sure, political pundits are still reeling from one of the worst-predicted election results in recent memory, and the mechanisms to impeach a president are far more difficult than one might hope. Yet, Matt Shaddick, who oversees the popular betting site, told the Independent that there has been “completely one-way traffic” in betting trends against Trump’s survival in office.

But online bookmakers’ odds have been wrong about US politics before: Paddy Power prematurely paid out nearly a million dollars to those who betted in favor of a Hillary Clinton victory, a move that resulted in a $5 million loss for the site when the candidate eventually lost. The only thing that seems like a sure bet at this point is Trump’s unpredictability.