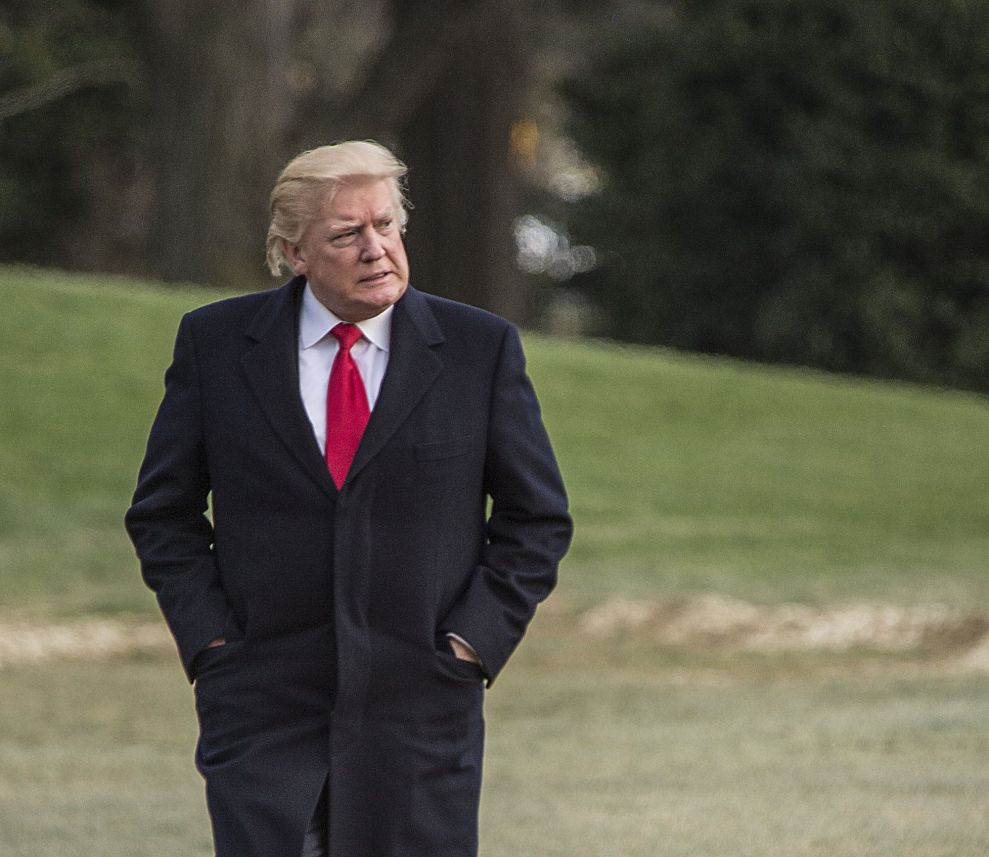 On Monday, FBI director James Comey confirmed the existence of ongoing investigations into possible ties between President Donald Trump’s campaign and the Russian government, as well as Russian efforts to meddle with the 2016 election process.

Shortly after, the Twitter account for the President of the United States (@POTUS) fired off a series of tweets, one of which appeared to distort the ongoing testimonies of both Comey and Trump’s NSA director, Admiral Mike Rogers. The @POTUS activity was unusual because Trump normally uses his personal account to post on social media:

The NSA and FBI tell Congress that Russia did not influence electoral process. pic.twitter.com/d9HqkxYBt5

In reality, Comey said that he had not discovered any evidence that Russia’s efforts to interfere with the presidential election affected vote tallies in key swing states. As the hearing continued into the early afternoon, Rep. Jim Himes (D-Connecticut) presented Comey with the tweet, and asked him to address its accuracy in real-time.

“Thanks to modern technology that’s in front of me, I’ve got a tweet from the president an hour ago,” Himes said before reading the tweet aloud.

“This tweet has gone out to millions of Americans, 16.1 million to be exact,” he continued. “Is the tweet as I read it to you, is that accurate?”

“It’s hard to react to them,” Comey said, visibly taken aback. “We’ve offered no opinion, have no view, have no information on potential impact because it’s never something we looked at.”

“It certainly wasn’t our intention to say that today, because we don’t have any information on that subject,” he added.

The hearing continued to focus extensively on meetings with Trump associates and Russian officials—something the @POTUS account curiously failed to mention in its social media posts on Monday.