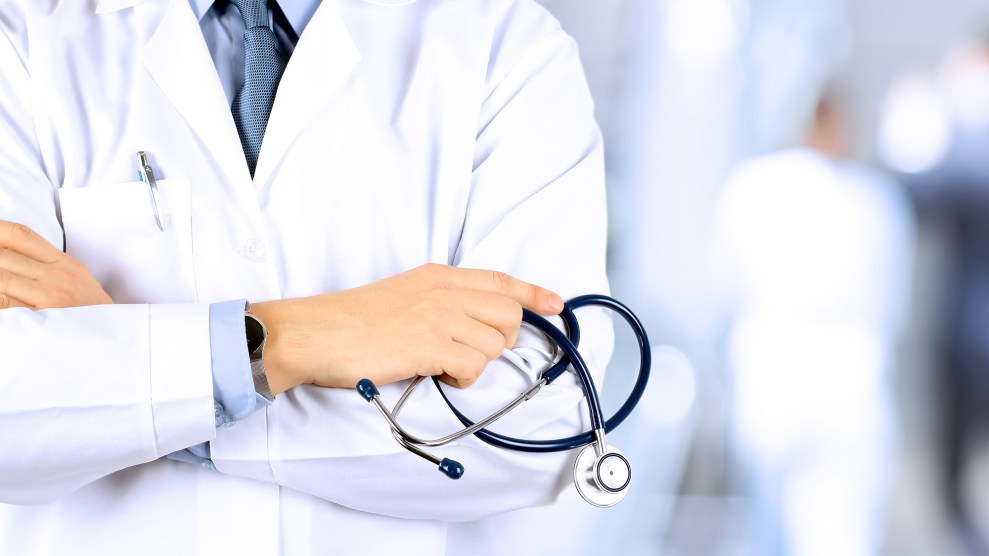 On the same day the House was supposed to pass a bill dismantling Medicaid, Kansas Republicans took a big step toward expanding the program in their state.

In a voice vote Thursday morning, a committee in the Kansas Senate approved legislation that would enable the state to take advantage of an Obamacare provision offering Medicaid health insurance coverage to a wider group of poor people. The federal government would provide the vast majority of the funding.

Many deep-red states like Kansas have rejected Medicaid expansion based largely on their ideological objections to Obamacare. But as I reported earlier this week, a new bloc of moderate Republicans in the state—back by the health care industry and business community—have teamed up with Democrats to push Medicaid expansion. They point out that the state has given up, to date, nearly $2 billion in federal funds that could have helped both improve the health of the state’s low-income communities while also boosting its economy.

The Kansas House overwhelming passed Medicaid expansion earlier this year. The full state Senate is expected to vote on the issue Monday, according to KCUR. But they would likely need to cobble together a veto-proof majority, since Gov. Sam Brownback (R) has vocally opposed to adopting the program. In fact, Brownback released a letter Thursday, signed with seven other Republican governors, asking Congress to pass the repeal of Obamacare, which would eventually end funding for new sign-ups in the Medicaid expansion and would prevent states such as Kansas signing up in the meantime.

It’s unclear if Congress will heed Brownback’s request. The GOP’s bill to repeal and replace Obamacare was supposed to get a vote in the full House sometime Thursday, but with both conservatives and moderate Republicans balking, the vote was delayed. The Trump administration set a deadline for a Friday vote, saying the White House would otherwise abandon the effort. Congress is currently debating the measure, but vote counts from various news outlets suggest Republicans currently lack enough votes to pass the bill.

Read more about the fight for Medicaid expansion in Kansas here.