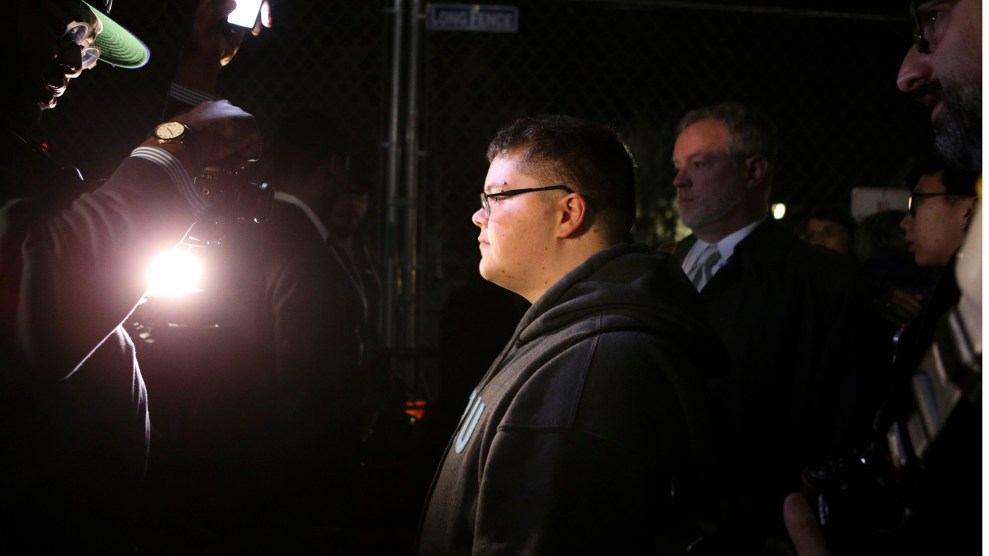 Gavin Grimm talks with reporters during a protest outside the White House on February 20.SIPPL Sipa USA/AP

“As Dr. King reminded us, however, ‘the arc of the moral universe is long, but it bends toward justice.'”

Gavin Grimm, a 17-year-old transgender boy from Virginia, has had a rough few months. He’s suing for access to the boys’ bathroom at his high school, and in March the Supreme Court announced that it was kicking this landmark transgender rights case back to a federal appeals court.

Today, that appeals court rejected his request to expedite his case, which means it won’t be heard until after he graduates. But along with today’s order, Judge Andre Davis of the 4th Circuit Court of Appeals penned a remarkable, must-read tribute to the teen, calling him a “brave individual” and quoting Dr. Martin Luther King:

Our country has a long and ignominious history of discriminating against our most vulnerable and powerless. We have an equally long history, however, of brave individuals—Dred Scott, Fred Korematsu, Linda Brown, Mildred and Richard Loving, Edie Windsor, and Jim Obergefell, to name just a few—who refused to accept quietly the injustices that were perpetuated against them. It is unsurprising, of course, that the burden of confronting and remedying injustice falls on the shoulders of the oppressed. These individuals looked to the federal courts to vindicate their claims to human dignity, but as the names listed above make clear, the judiciary’s response has been decidedly mixed. Today, G.G. adds his name to the list of plaintiffs whose struggle for justice has been delayed and rebuffed; as Dr. King reminded us, however, “the arc of the moral universe is long, but it bends toward justice.” G.G.’s journey is delayed but not finished.

The tribute ends with a footnote of a poem by Naomi Shihab Nye. Read the whole thing here.