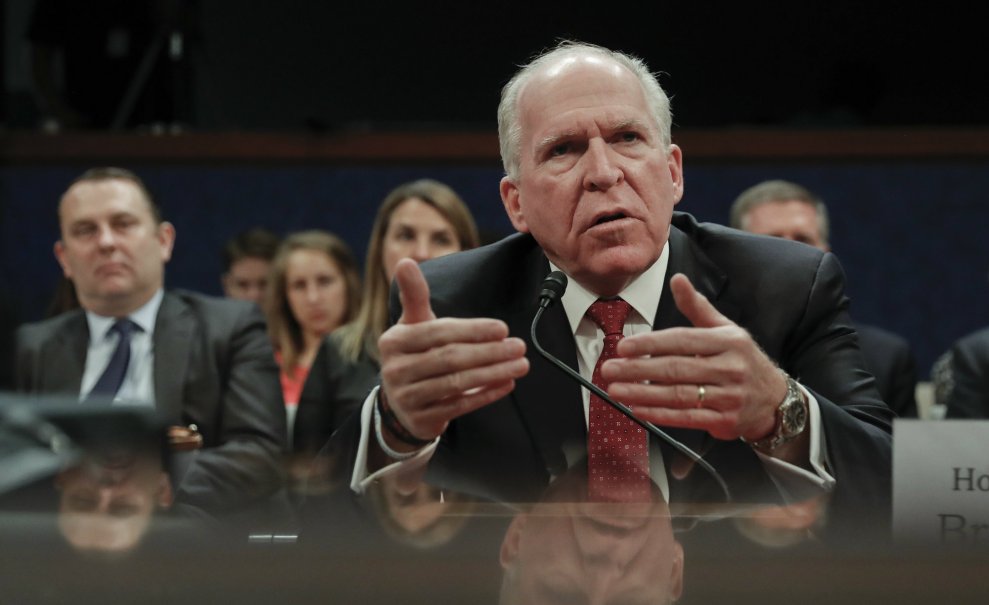 Former CIA director John Brennan testified on Monday that he grew alarmed last summer about efforts by the Russian government to “suborn”—perhaps unwittingly—members of the Trump campaign, and that his concerns formed the basis for the FBI’s probe into possible collusion between Trump officials and the Kremlin. His remarks came during a hearing of the House intelligence committee, which is investigating Russia’s interference in the 2016 election, including potential coordination with the president’s campaign.

When Rep. Trey Gowdy (R-S.C.) pressed Brennan on whether he had seen any evidence of collusion, Brennan replied: “I encountered and am aware of information and intelligence that revealed contacts and interactions between Russian officials and US persons involved in the Trump campaign that.” He added, “I don’t know whether or not such collusion…existed…but I know that there was a sufficient basis of information and intelligence that required further investigation by the bureau to determine whether or not US persons were actively conspiring, colluding with Russian officials.”

Later in the hearing, Gowdy continued to push Brennan about whether he had seen “evidence of collusion, coordination, conspiracy between Donald Trump and Russia state actors.” Brennan said he could answer that query more fully in a subsequent closed hearing, but noted that the intelligence regarding Russian contacts and the Trump campaign “raised concerns in my mind about whether or not those individuals were cooperating with the Russians—either in a witting or unwitting fashion—and that served as the basis for the FBI investigation to determine whether such collusion, cooperation occurred.”

Brennan, who stepped down when Trump took office and took the unusual step of criticizing an incoming president, explained it was not the CIA’s job to make a judgment about whether the Trump campaign colluded with Russia but to supply the FBI with the evidence it had gathered to investigate the case.