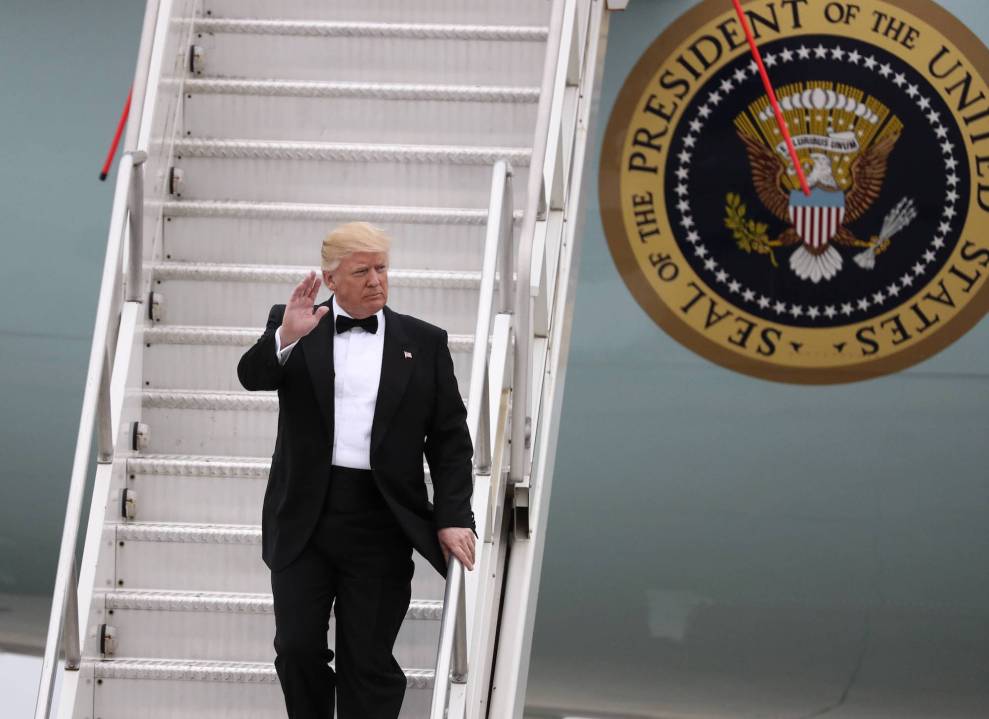 Trump’s response comes hours after he similarly railed against Sen. Chuck Schumer (D-N.Y.), after the Senate minority leader appeared to suggest the White House was orchestrating a cover-up by firing the man charged with leading an investigation into Russian meddling in the 2016 election, including possible collusion by Trump associates.

The Democrats have said some of the worst things about James Comey, including the fact that he should be fired, but now they play so sad!

James Comey will be replaced by someone who will do a far better job, bringing back the spirit and prestige of the FBI.

Comey lost the confidence of almost everyone in Washington, Republican and Democrat alike. When things calm down, they will be thanking me!

Watching Senator Richard Blumenthal speak of Comey is a joke. “Richie” devised one of the greatest military frauds in U.S. history. For….

Trump’s stated justification for the firing, which cites Comey’s unfair treatment of Hillary Clinton, has been lambasted by Democrats. After all, Trump frequently praised Comey’s actions, saying it “took guts” to reopen the bureau’s probe into Clinton’s use of a private email server less than two weeks before the election. And as recently as last month, the president indicated he supported the former director.

According to reports, however, Trump had been increasingly furious over the ongoing investigations into possible ties between Trump associates and Russia and what he saw as Comey’s failure to defend him.

Dozens of lawmakers, including some Republicans, are now calling for an independent prosecutor to move forward with the probe.