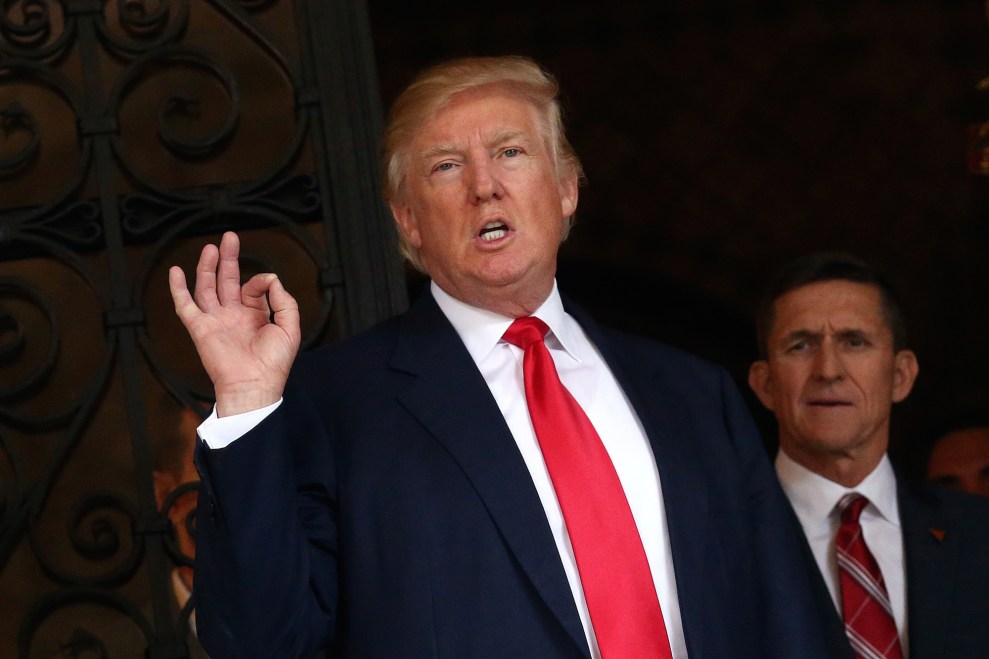 The pattern is increasingly clear: As investigations into the Trump campaign’s ties to and possible collusion with Russia have intensified, so too have efforts by the president and his staff to quash those probes or put pressure on US officials to publicly deny the validity of the swirling allegations.

For his part, President Donald Trump has long insisted there is nothing to the investigations: “The entire thing has been a witch hunt,” he said during a recent press conference at the White House. “There’s no collusion between, certainly, myself and my campaign—but I can only speak for myself—and the Russians. Zero.”

But behind the scenes, Trump and his team appear to have worked assiduously to get FBI investigators to either stop their digging, or to lean on congressional and intelligence officials to get them to back Trump by saying there is nothing there. Here are the US officials who have reportedly been the subject of White House pressure:

Daniel Coats and Admiral Michael Rogers: The Washington Post reported on Monday that Trump asked each of these two top intelligence officials in March to help him push back against the FBI investigation into possible coordination between his campaign and Russia. Coats, the director of national intelligence, and Rogers, the head of the National Security Agency, refused to comply with the requests, which they believed were inappropriate, according to the Post. In congressional testimony Tuesday, Coats declined to discuss whether the president leaned on him.

James Comey: As the New York Times reported in mid-May, Trump asked the FBI director during an Oval Office meeting in February to shut down the federal investigation into former national security adviser Michael Flynn. “I hope you can let this go,” the president told Comey, according to a contemporaneous memo Comey wrote. Trump fired Comey on May 9, giving conflicting reasons for his action. Trump has since denied that he asked Comey to stop his investigation of Flynn, responding to a question at a news conference by cutting off the reporter and saying only, “No, no—next question.”

Sen. Richard Burr and Rep. Devin Nunes:  In February, the Post reported that the White House asked senior members of Congress to contact news organizations to try to counter news stories about the growing Russia scandal, including Burr and Nunes—the two Republican chairmen of the Senate and House intelligence committees investigating Trump. A spokesman for Nunes confirmed that he spoke to reporters and delivered the requested message. In an interview, Burr acknowledged that he had conversations about Russia-related news reports with the White House and engaged with news organizations to dispute articles by the New York Times and CNN that alleged repeated contact between Trump campaign members and Russian intelligence operatives. Nunes later stepped down from the House investigation, after revelations about him working closely with the White House to instead focus attention on alleged surveillance activities by the Obama administration.

Andrew McCabe: Also in February, according to the Guardian, Trump’s chief of staff, Reince Priebus, asked the FBI to deny media reports that campaign advisers were frequently in touch with Russians during the election. Priebus’ reported discussion with McCabe, the FBI’s deputy director—who took over as acting director after Comey was fired—prompted sharp criticism from Democrats, who said Priebus violated policies intended to insulate FBI investigations from politics.

These are the examples known so far, but other instances of White House pressure or meddling in the investigations may well come to light: As the Post also reported this week with its scoop on Coats and Rogers, Trump White House officials “sounded out” with other “top intelligence officials” the possibility of intervening directly with Comey to encourage the FBI to drop the investigation into Flynn.