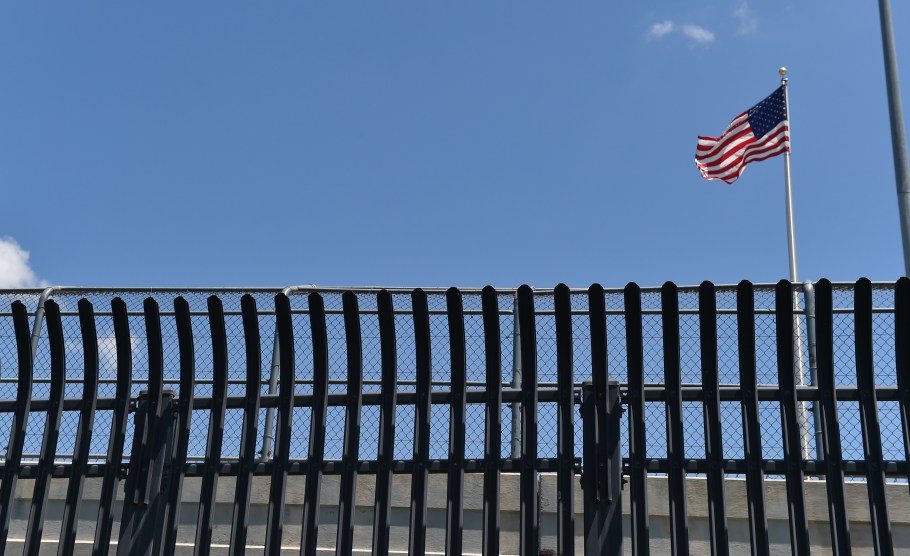 This story was co-published with the Texas Tribune.

US Customs and Border Protection will begin constructing the first segment of President Trump’s border wall in November through a national wildlife refuge, using money it’s already received from Congress.

That’s what a US Fish and Wildlife Service official recently told a nonprofit group that raises money to support two national wildlife refuges in South Texas, according to the group’s vice president.

“I was alarmed,” said Jim Chapman of Friends of the Wildlife Corridor. “It was not good news.”

For the past six months, CBP has been quietly preparing a site to build a nearly 3-mile border barrier through the Santa Ana National Wildlife Refuge, according to The Texas Observer. The US Army Corps of Engineers also has reportedly begun drilling and soil testing in California and New Mexico.

But construction on the wall was not expected to begin until January because Congress has yet to approve CBP’s budget. On Thursday, the House approved a spending bill that contained $1.6 billion to build segments of the wall in Texas and California. Its fate in the Senate is uncertain.

However, CBP recently told a senior Fish and Wildlife Service official in Texas that the agency would shift funds to pay for the new segment out of its current budget. The official passed on the news to Chapman’s group this week.

“The Democrats in Congress up to now have been very unified as far as not appropriating money for the wall.”

The Fish and Wildlife Service official confirmed the remarks, but asked not to be identified for fear of losing his job.

Customs and Border Protection spokesman Carlos Diaz said it “would be premature to speak about specific locations.” The only South Texas projects authorized under the current budget are the installation of 35 gates at gaps the agency left in the existing border fence, he said.

The 2,088-acre Santa Ana refuge, located along the Rio Grande south of McAllen, Texas, is considered one of the nation’s top bird-watching sites, with more than 400 species of birds. The refuge is also home to two endangered wildcats—the ocelot and jaguarundi—and some of the last surviving stands of sabal palm trees in South Texas.

A wall cutting through the refuge could do serious environmental damage, Chapman said, undermining the reason Congress appropriated money to buy the land in the first place. But under a 2005 law, the Department of Homeland Security can waive any environmental regulations that would normally impede construction in a sensitive wildlife area.

Chapman said his group is now counting on Democrats to halt expansion of the project.

“The Democrats in Congress up to now have been very unified as far as not appropriating money for the wall,” Chapman said.

Trump made construction of a border wall between the US and Mexico the signature promise of his political campaign and told supporters it would be solid concrete, 30 feet high and would stretch the length of the US-Mexico border. Trump estimated it would cost perhaps $10 billion to $12 billion—and he vowed the Mexican government would pay the bill. Five days after his inauguration, he signed an executive order to begin the process.

Since then, the wall has faded from the headlines amid other controversies. But Trump has never ceased pursuing its construction, even as he has backed off the most bombastic of his demands.

In February, the CBP launched a bidding contest to build models for the new wall. Both solid concrete and alternative designs were allowed. The project is months behind schedule.  CBP officials recently said the winners will be announced in November.

Earlier in July, Trump told reporters on Air Force One that the wall should be see-through. Border patrol agents needed to be able to spot threats on the other side and avoid any “large sacks of drugs” thrown over the top. He also said he favors a wall with solar panels to generate energy and reduce the building cost.

He also opined that only 700 to 900 miles of wall may be needed. About 650 miles of the 2,000-mile long border already has some type of physical barrier. The remaining miles will be guarded by topography, the president said.

It remains far from clear, however, whether Trump will be able to achieve even his scaled-down version of the wall. The current border fence, a far more modest project built mostly under President Obama, cost between $2.8 million to $3.9 million on average per mile, according to the Government Accountability Office. CBP previously announced that the agency has $20 million on hand for the current fiscal year.

Both Democratic and Republican lawmakers have balked at paying for the wall, which the Department of Homeland Security estimates would cost around $20 billion. Mexican officials have vigorously rejected any proposition of financing construction.

Trump, however, has already taken credit for beginning to fulfill his campaign promise.

“In a true sense, we’ve already started the wall,” he told the reporters.