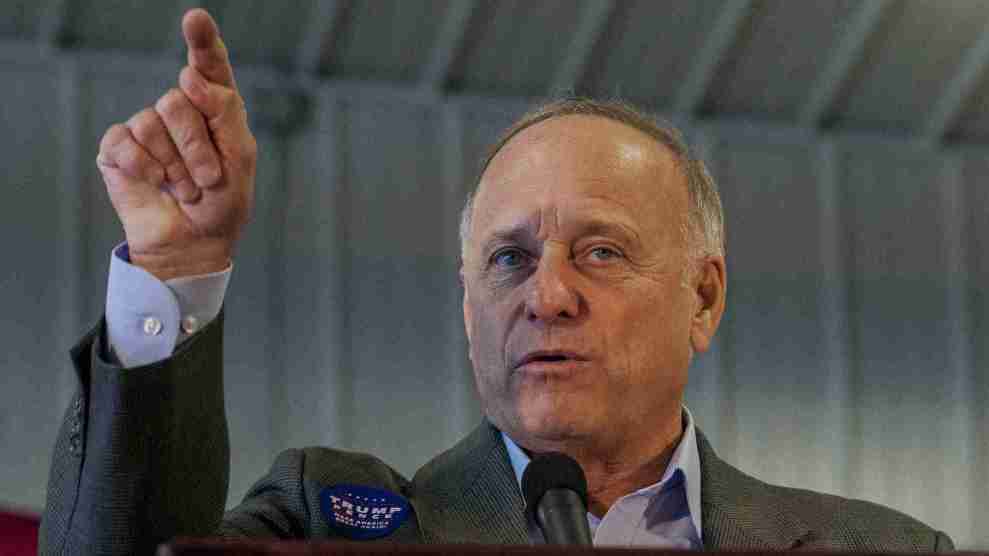 Steve King speaks at a rally for Donald Trump and Mike Pence in November 2016.Mark Reinstein/ZUMA

Diversity is not our strength. Hungarian Prime Minister Victor Orban, “Mixing cultures will not lead to a higher quality of life but a lower one.” https://t.co/ZlMXzcc87w

Orban made his comments in the wake of a European Parliament hearing that discussed illegal immigration and a quota that attempts to fairly distribute migrants and refugees across European Union member countries. Orban’s government has long rejected the program, filing a court challenge to it in 2015.

King maintains a tough stance on immigration issues. According to his congressional website, he has introduced legislation that would eliminate birthright citizenship for children of two undocumented immigrants and supports the construction of a border wall between the United States and Mexico.