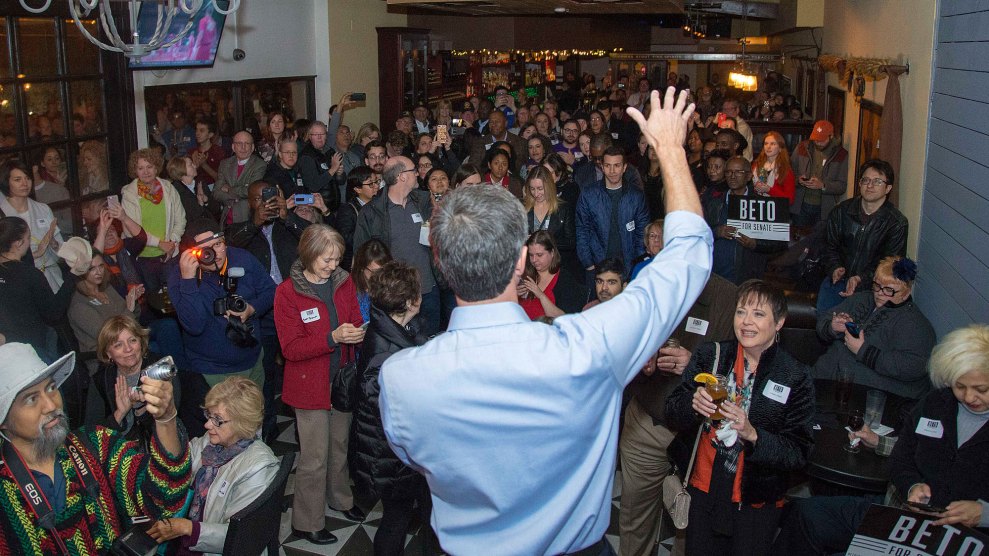 No one in America is running a campaign quite like Beto O’Rourke’s. The Democratic congressman from El Paso, Texas, who is campaigning for Senate against Republican Ted Cruz, has turned his underdog bid into a sort of never-ending reality show, broadcasting nearly every campaign function, pit stop, and road-trip musing on Facebook. In August, 12,000 people tuned in to watch him get a haircut.

And O’Rourke is, literally, running. On Sunday, he kicked of a 24-hour live-stream event by going to a park in Houston for what is becoming a campaign trail routine—a 5:45 a.m. jog with supporters. People actually showed up:

Running town hall on this beautiful morning in Houston! pic.twitter.com/Dsyag880Bg

The day culminated with a 1:30 a.m. town hall meeting at a coffee shop near the University of Texas at Austin, followed by a trip to the airport for a flight back to DC.

The most enticing Democratic opportunities this year in Texas are probably further down the ballot, but O’Rourke’s unorthodox campaign is kind of working. On Sunday, as he was somewhere on the road between Houston and Austin, his campaign announced it had raised $2.4 million in the last quarter, its biggest haul to date.

It shouldn’t come as too much of a shock that a Texas Democrat raised a lot of money—there are a lot of people in Texas, and many of them are even Democrats. But this is the second time O’Rourke has out-raised his opponent, and he trailed Cruz by just 8 percentage points in the most recent poll. The smart money is still on the Republican incumbent in Texas. But if you need more evidence that the Resistance has hit Houston hard, look no further.