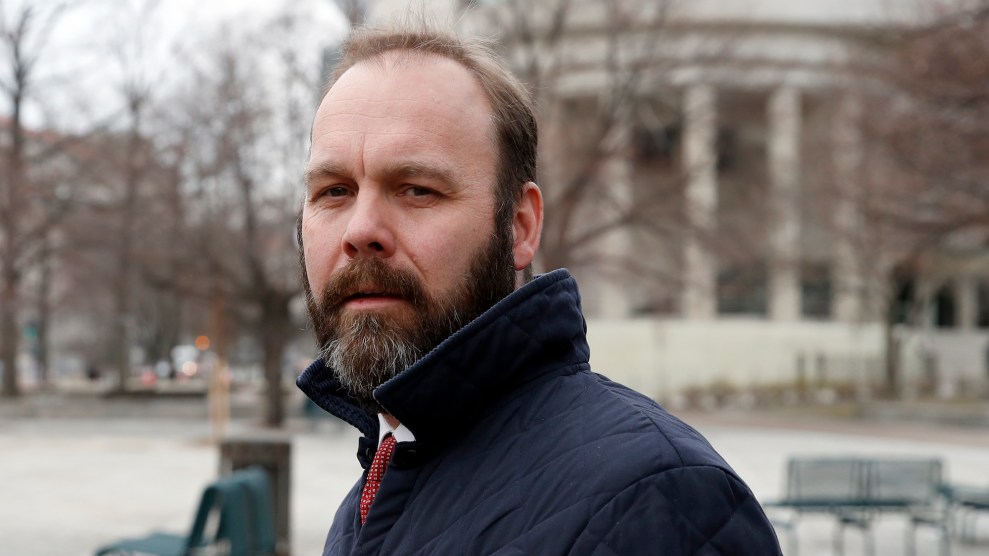 Rick Gates, a former Trump campaign adviser, is expected to plead guilty within days to federal fraud-related charges and will cooperate with prosecutors in the case against his longtime associate, former Trump campaign chairman Paul Manafort, according to multiple reports Sunday afternoon.

Gates was indicted along with Manafort on October 30 on fraud and money laundering charges. According to the charges filed by Special Counsel Robert Mueller, the pair allegedly acted as unregistered foreign agents for Viktor Yanukovych, the pro-Russian former president of Ukraine, and laundered money they were paid for that work. Both men originally pleaded not guilty.

“Rick Gates is going to change his plea to guilty,” a person with direct knowledge of deal told the Los Angeles Times Sunday.

Gates’ decision earlier this month to dismiss his lawyers and hire a new attorney known for negotiating plea deals set off speculation that Gates would cooperate with Mueller. CNN reported on Friday that Gates was close to reaching a deal with prosecutors.

The Los Angeles Times reported that Gates is expected to receive a reduced sentence of 18 months in prison in exchange for his cooperation. The report says Gates is pleading guilty in part because the father of four cannot afford the expense of a drawn-out legal defense.

Gates’ cooperation will likely add to the pressure on Manafort to cooperate with prosecutors, too. Manafort is among a few Trump aides many consider most likely to have knowledge of any coordination between Russia and Trump campaign aides or the president himself. While working on the campaign, Manafort was in contact with his Ukrainian business partner, Konstantin Kilimnik, who prosecutors have said they suspect has Russian intelligence connections. Manafort sent messages through Kilimick to Oleg Deripaska, a Russian aluminum magnate with close ties to Russian president Vladimir Putin. Manafort was also involved in altering the Republican Party’s 2016 platform to water down language that had previously advocated robust support for Ukrainians battling Russian separatists.

A Manafort spokesman declined to comment. Gates declined to address questions from Mother Jones about a potential plea deal after a February 7 hearing in federal district court.