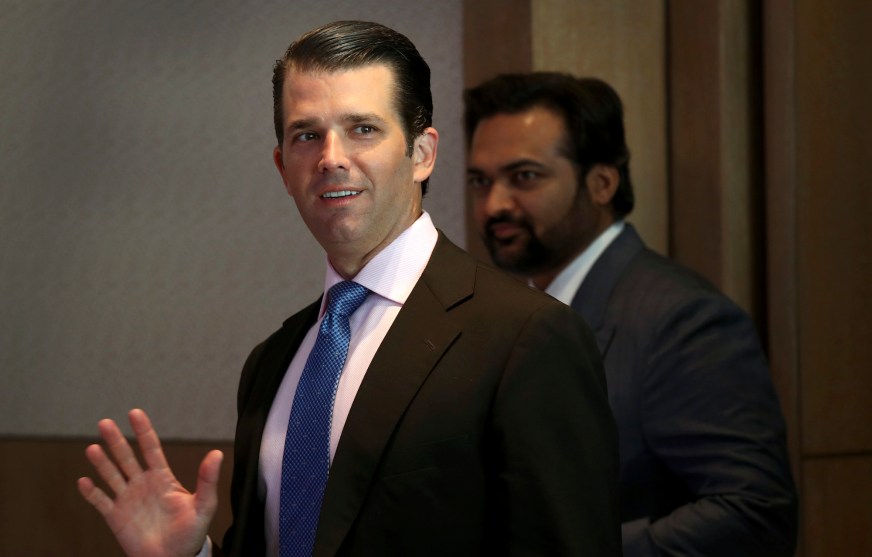 Former GOP congressman Jack Kingston on Tuesday doubled-down on his inflammatory allegations that a group of school shooting survivors pushing for tougher gun laws are simply being used by left-wing political groups. Appearing on CNN, the Georgia Republican suggested that billionaire George Soros and other liberal activists had “hijacked” the “sorrow” of survivors of the Parkland, Florida, massacre, who in recent days have been helping organize a series of pro-gun-control protests.

“Do we really think, and I say this sincerely, that 17-year-olds on their own are going to plan a nationwide rally?” Kingston said on CNN Tuesday. “I would say to you very plainly that organized groups that are out there like George Soros are always ready to take up the charge, and it’s kind of like instant rally and instant protest.”

Their remarks coincide with right-wing media stories attacking the credibility of the Florida students who have called for stronger gun laws in the wake of last week’s shooting that left 17 people dead at Marjory Stoneman Douglas High School. David Hogg, a Stoneman Douglas senior who criticized the NRA on TV news shows over the weekend, has been the target of conspiracy theories involving his father’s former career at the FBI.

Last week, the FBI acknowledged that it had failed to follow-up on a tip it had received earlier this year about the suspected shooter. President Trump then sparked outrage when he suggested that had the FBI not devoted resources to investigating Russian interference in the 2016 election, the bureau would have been able to prevent the shooting.

Very sad that the FBI missed all of the many signals sent out by the Florida school shooter. This is not acceptable. They are spending too much time trying to prove Russian collusion with the Trump campaign – there is no collusion. Get back to the basics and make us all proud!