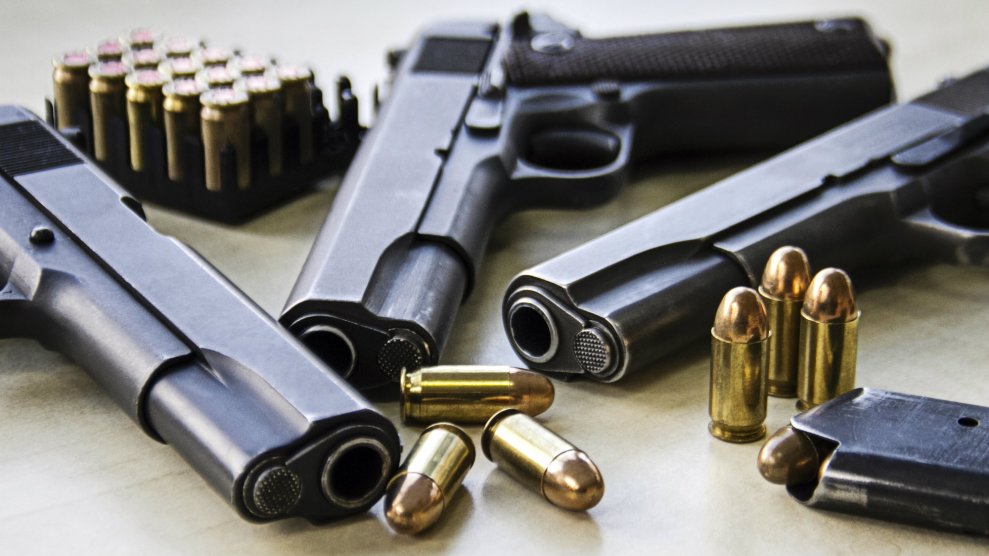 The nonpartisan RAND corporation just released a comprehensive study about the likely effects of gun policies on a number of different outcomes—especially death from a firearm. The conclusion? Many of the effects remain unknown because of the lack of research.

The stakes are high: People living in the United States are seven times more likely to die by homicide than if they lived in another developed country and are 25 times more likely to die in a firearm homicide. Even though mass shootings garner the most attention, they only account for half of 1 percent of annual gun deaths in the US. Of the approximately 30,000 gun-related deaths a year, more than 60 percent of them are suicides; around 2 percent of them are accidental. A 2015 Mother Jones investigation found that gun violence cost Americans $229 billion every year in medical bills, law enforcement costs, and loss of income and productivity.

“There are many reasons why people disagree about how to reduce the harms associated with gun violence,” researchers wrote, “but among the biggest is disagreement about the true effects of different gun laws and regulations—gun policies—on a range of outcomes.”

The RAND researchers reviewed studies on several different laws including background checks, concealed carry, and raising the age minimum to purchase a gun. They then correlated how those laws affected certain outcomes such as mass shootings, suicides, and violent crimes and categorized their findings into five areas. The first was where no studies existed. When there were studies, they evaluated them to determine if the evidence was inconclusive, limited, moderate, or supportive.

Here are some of the major findings:

There is limited evidence that:

There is moderate evidence that:

There is supportive evidence that:

Notably, the effect of any of these laws on mass shootings was inconclusive.

The study comes after more than two decades where there has been virtually no comprehensive research on gun policy on a federal level, partly due to a freeze on gun policy research more than 20 years ago. In the mid-nineties, the CDC and other public-health professionals began talking about the the need for research on the risk of guns from a public-health perspective. The National Rifle Association pushed back, calling such research politically motivated. In 1996, Rep. Jay Dickey (R-Ark.) sponsored an amendment prohibiting the Centers for Disease Control from “advocating” for gun control and the measure passed. Years later, Rep. Dickey expressed “regret” over the restriction.

As a result, in the last decades, the federal government has only spent 1.6 percent as much on gun policy research as it has on research involving other areas with similar levels of mortality such as traffic accidents and sepsis. RAND found that of the 54 studies published since 2003, only seven reported receiving federal funding.

But the researchers are hoping to change the paucity of studies on gun violence in America.  RAND president and CEO, Michael Rich wrote that he hopes the study will “spur important further research….on an issue that is as important as it is contentious.”