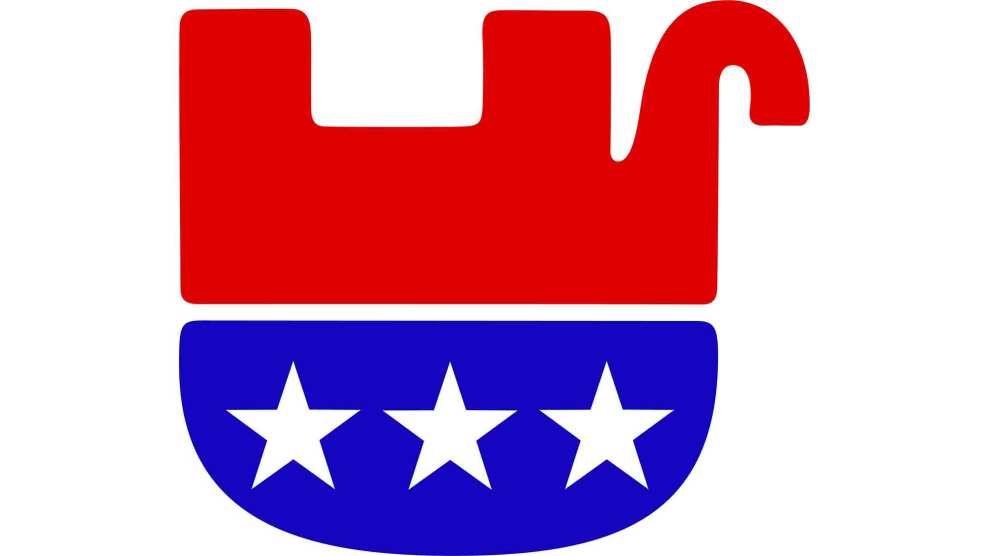 For months, Democrats have kept their eyes glued to an Illinois congressional primary race that seemed to foretell just how progressive an expected “blue wave” in the November 2018 midterms might be. With all the votes nearly counted, progressive hopefuls likely came up empty-handed: their first time candidate, who ran on a platform that promoted public health and abortion rights, seems likely to lose to an anti-abortion incumbent in the Democratic primary. But that wasn’t the only drama Tuesday night, as the winner of that race will officially face-off against a Holocaust denier in November; while the GOP candidate Arthur Jones ran unopposed, his party now finds him so undesirable that the state’s party leadership just said it will recruit another candidate to run against him in the fall as an independent.

But even against a third candidate, the Democrat is favored to win in November. Before midnight on Tuesday, Dave Wasserman of the Cook Political Report predicted Dan Lipinski, the Democratic congressman who has represented Illinois’ third district covering the outskirts of Chicago for seven terms, would secure victory over Marie Newman, a marketing executive who put her pro-choice position at the center of her campaign and earned endorsements from women’s rights champions like Senator Kirsten Gillibrand (D-N.Y.) and groups like NARAL Pro-Choice America and Emily’s List. Lipinski, meanwhile, maintains a staunch anti-abortion stance and was one of the few blue-district Democrats to vote against the Affordable Care Act. This particular battle, hinged on reproductive rights, attracted a lot of money from beyond the state: Planned Parenthood spent $150,000 on Newman’s behalf, while the anti-abortion group Susan B. Anthony List chipped in almost $120,000 for Lipinski.

State politicos have referred to Lipinski as one of the last remaining beneficiaries of the Chicago Democratic machine. His initial rise to office didn’t come without controversy; after winning the 2004 primary, the previous congressman in the district, who was actually Lipinski’s father, announced his retirement and paved the way for the younger Lipinski—who had never held elected office—to replace him on the ballot in the general.

Lipinski is co-chair of the Blue Dogs, a centrist coalition of Democratic lawmakers who think the best way to win back seats lost to the GOP during President Trump’s 2016 ascendancy is by embracing more moderate stances. In addition to his right-leaning abortion and health care positions, Lipinski voted against legislation that would prohibit workplace discrimination on the basis of sexual orientation, as well as the DREAM Act (though he supported a later DACA bill). Lipinski received the endorsement of House Minority Leader Nancy Pelosi (D-Calif.) and he said earlier this month that the Democratic Congressional Campaign Committee has also given him its support (after both initially declined to do so).

The Lipinski-Newman matchup wasn’t the only Illinois race to attract national attention. Governor Bruce Rauner, a Republican who ranks among the least popular in the country (and is less popular than Donald Trump in the state) narrowly defeated his challenger, state Representative Jeanne Ives—a social conservative who has railed against Rauner‘s support of bills that protect abortion and transgender rights by pushing television ads that some of the state’s Republicans have deemed offensive—by less than a four-point margin, according to multiple outlets Tuesday night. On the Democratic side, billionaire businessman J.B. Pritzker defeated state Senator Daniel Biss, a former University of Chicago math professor whose campaign attracted progressive support and the backing of Our Revolution—the progressive political action organization that spun out of Bernie Sanders’ presidential bid. They both secured more votes than Chris Kennedy, another Chicago-area businessman who is the son of the late former attorney general Robert F. Kennedy. The collective primary victories of Rauner and Pritzker have set up what is expected to be the most expensive gubernatorial race in US history.

As the nation’s second statewide primary of the 2018 midterms, Democrats have had their eye on Illinois, a reliable Democratic stronghold, as a bellwether for just how the progressive the expectant blue wave might be—and whether strong positions on abortion rights could draw Democrats to the polls.