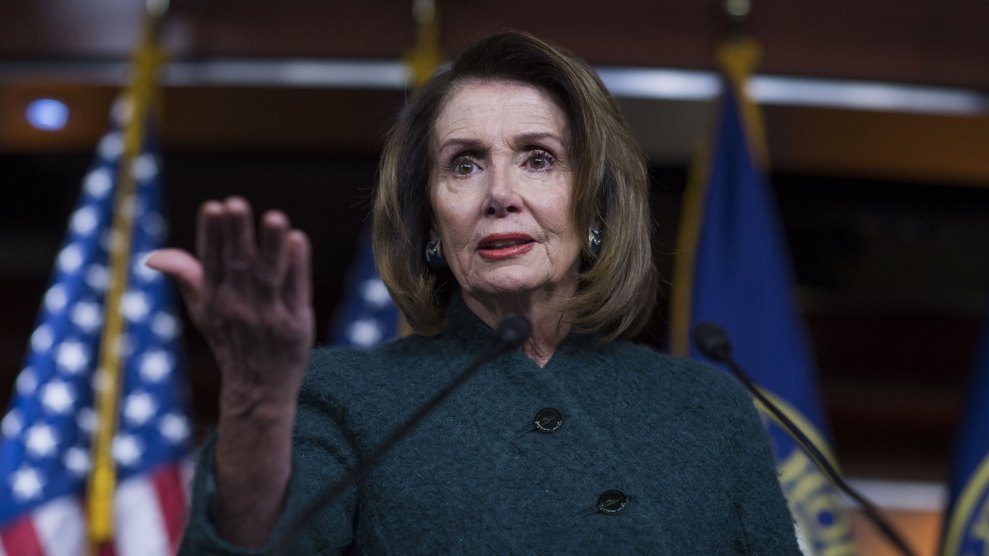 Illinois Democratic Rep. Dan Lipinski’s career is on life-support. The seven-term congressman from the Chicago area, who inherited his seat from his father, is facing a formidable primary challenge from businesswoman Marie Newman, whose campaign has been fueled by progressive anger at Lipinski’s opposition to reproductive rights, LGBT rights, and Obamacare. EMILY’s List, the national organization that supports pro-choice women candidates, has backed Newman and, along with a host of progressive groups—including Planned Parenthood and the pro-LGBT rights Human Rights Campaign—has spent heavily on ads against Lipinski:

Elected Democrats—including New York Sen. Kirsten Gillibrand and fellow Chicago-area Rep. Jan Schakowsky—have waded into the primary to back Newman. And in an unusual step for a race with a Democratic incumbent, the Democratic Congressional Campaign Committee had declined to endorse Lipinski.

But on Thursday, less than three weeks before the March 20 primary, Lipinski did pick up one notable supporter: House Minority Leader Nancy Pelosi.

Pelosi has shown a greater tolerance for Blue Dog Democrats than others in her caucus have. When progressives criticized the DCCC for refusing to apply a reproductive rights litmus test to 2018 candidates—it never has—Pelosi insisted there was room in the party for anti-abortion candidates. “This is the Democratic Party, this is not a rubber-stamp party,” she told the Washington Post.

Notably, Pelosi is showing Lipinski a degree of loyalty that the congressman has never extended to her—Lipinski has routinely voted against Pelosi for minority leader. After helping elect Pelosi speaker of the house in 2009, he voted against her in 2011, 2013, 2015, and 2017. Notably, he was also a major impediment to Pelosi’s top legislative accomplishment—the Affordable Care Act—and was one of only a few blue-district Democrats to vote against the measure.