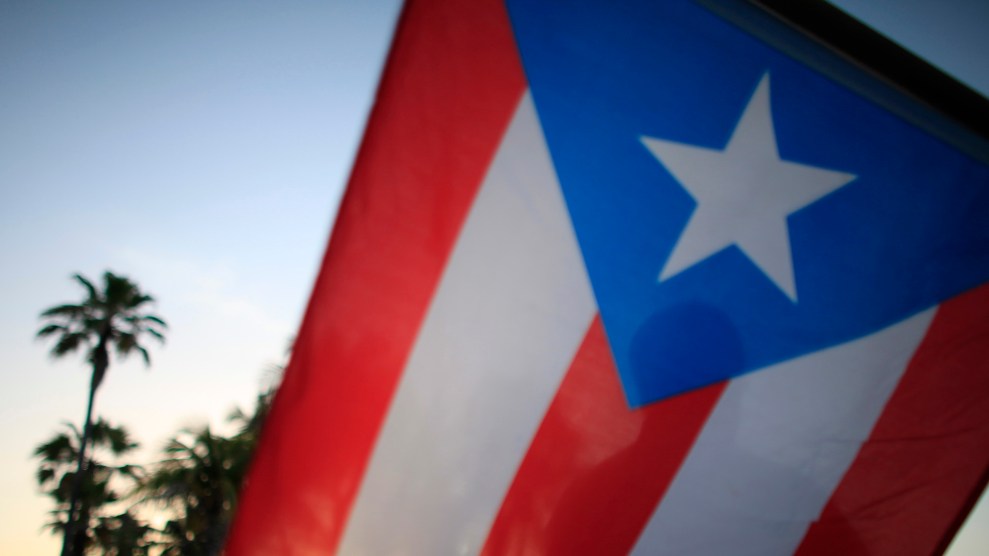 The grid has been unstable since Hurricane Maria devastated the island in September. In the town where the storm made landfall, just 35 percent of residents had power when Mother Jones reporter AJ Vicens visited last month.

Officials say it could take 24 to 36 hours to restore power to the island, home to more than three million American citizens.

In a series of tweets in the afternoon, Puerto Rico Governor Ricardo Rossello identified the culprit: an excavator that hit a crucial power line. Rossello blamed the outage on Cobra, an energy company contracted to restore the island’s electrical infrastructure, saying it was “directly responsible.” Cobra’s contract was increased to $945 million in February.

Today @AEEONLINE informed that a Cobra subcontractor damaged line 50700 with an excavator while removing a collapsed tower, causing a general power outage in the Island.

I have suggested to the Board of @AEEONLINE that they cancel the contract with the Cobra subcontractor that is directly responsible for this power outage. This is the second power failure that has affected the people of Puerto Rico in less than two weeks.

Earlier in the day, ranking House Democrats from the committees on energy and commerce, transportation and infrastructure, homeland security, and national resources wrote to Federal Emergency Management Agency administrator Brock Long, asking him to extend the Army Corps of Engineers’ assignment in Puerto Rico. The assignment—to help restore electricity—is currently scheduled to end on May 18.

This post has been updated to reflect new developments.