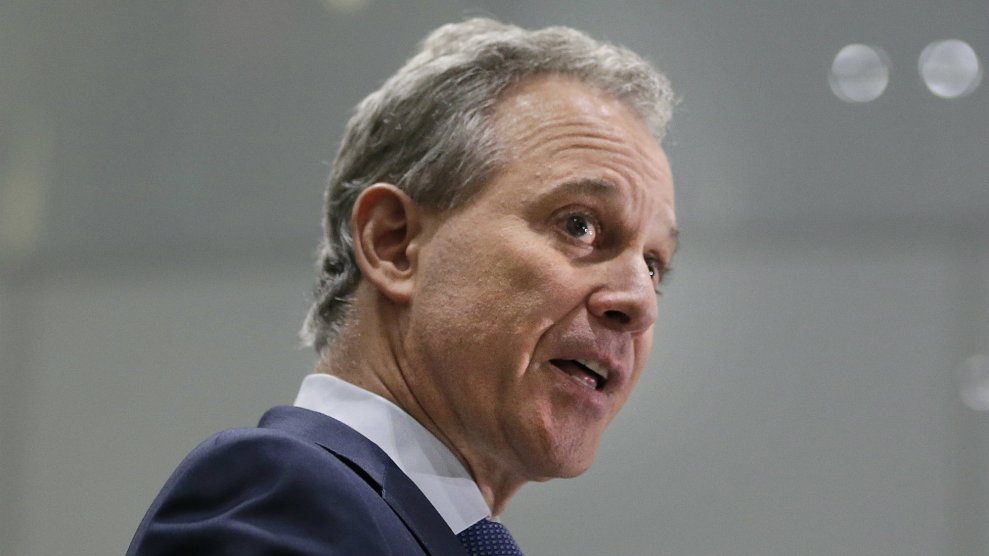 Two of the women, Michelle Manning Barish and Tanya Selvaratnam, said they had been choked and hit repeatedly by Mr. Schneiderman. Both said they had sought medical treatment. Another woman, a lawyer, said she was slapped violently across the face. A fourth woman also said she had similar experiences.

All the women in the article, who had been romantically involved with Mr. Schneiderman, said the violence was not consensual.

Schneiderman has denied the allegations, telling the New Yorker, “In the privacy of intimate relationships, I have engaged in role-playing and other consensual sexual activity. I have not assaulted anyone. I have never engaged in non-consensual sex, which is a line I would not cross.”

New York Governor Andrew Cuomo earlier Monday called on Schneiderman to leave his post. “I do not believe it is possible for Eric Schneiderman to continue to serve as Attorney General, and for the good of the office, he should resign,” Cuomo said.

“No one is above the law, including New York’s top legal officer. I will be asking the appropriate New York District Attorney(s) to commence an immediate investigation and proceed as the facts merit.”

As attorney general, Schneiderman has clashed repeatedly with President Donald Trump, who is himself no stranger to allegations of abuse towards women. This did not go unnoticed by White House adviser Kellyanne Conway.

It’s so tough to read you must.
https://t.co/Tvm0GdFo9Z

Her response did not go unnoticed by everyone else.

Seriously???? Please check the boss at the address you work at each day.

The resignation will become effective at the end of the business day Tuesday.