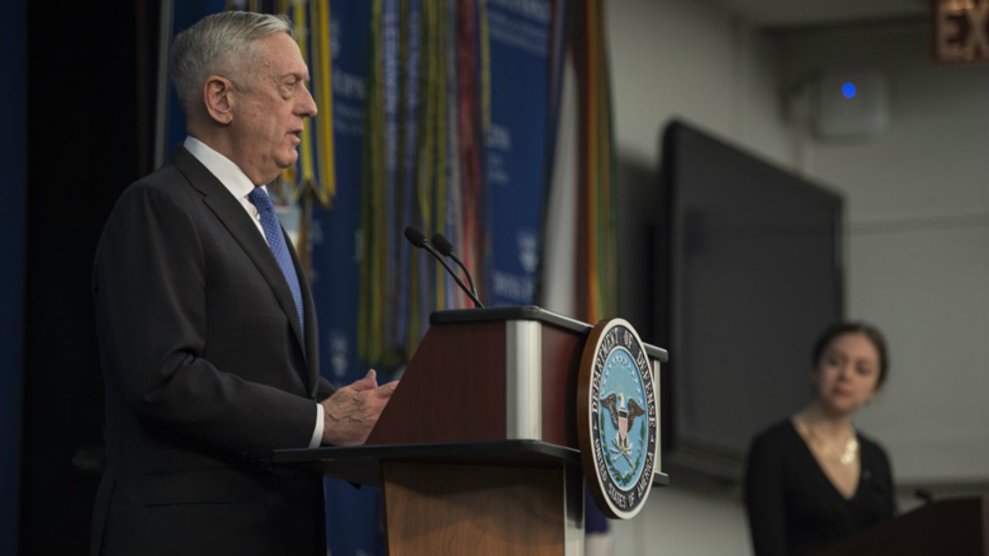 In a shift that defied 20 years of precedent, the US Department of Defense changed the mission statement on its website recently. Instead of using its 2 million staff members to “deter war,” as has been its stated mission since the Clinton administration, the department will “provide a lethal Joint Force to defend the security of our country and sustain American influence abroad.”

The change—which appears to not have affected the mission statement on the DOD’s “About Us” page—was first noticed by military affairs site Task and Purpose. Pentagon spokesman Colonel Robert Manning did not respond to a request for comment on the apparent shift.

NEW: Trump’s Pentagon quietly made a change to the stated mission it's had for two decades https://t.co/pCMtunVL1n pic.twitter.com/RGTAX050dc

The last time the United States was not at war was 16 years ago—and that doesn’t include its involvement in protracted, undeclared conflicts. Even in a global environment with US troops stationed in at least 100 countries, the Pentagon in recent months has become less restrained in acknowledging its use of so-called proactive conflict as stratagem. “We are a Department of war,” Secretary of Defense James N. Mattis wrote to department staffers in an October 2017 memorandum.

Mattis, a retired four-star Marine general, has repeatedly prioritized the need to “build a more lethal force” in public statements and planning documents as one of his three key objectives for the military. The others focus on strengthening international alliances and making the Pentagon’s business side function more efficiently. During a House Armed Services Committee hearing in February, Mattis said, “Everything we do must contribute to the lethality of our military. The paradox of war is that an enemy will attack a perceived weakness, so we cannot adopt a single, preclusive form of warfare. Rather, we must be able to fight across the spectrum of combat.”

“The nation must field sufficient, capable forces to deter conflict,” he added. “If deterrence fails, we must win.”