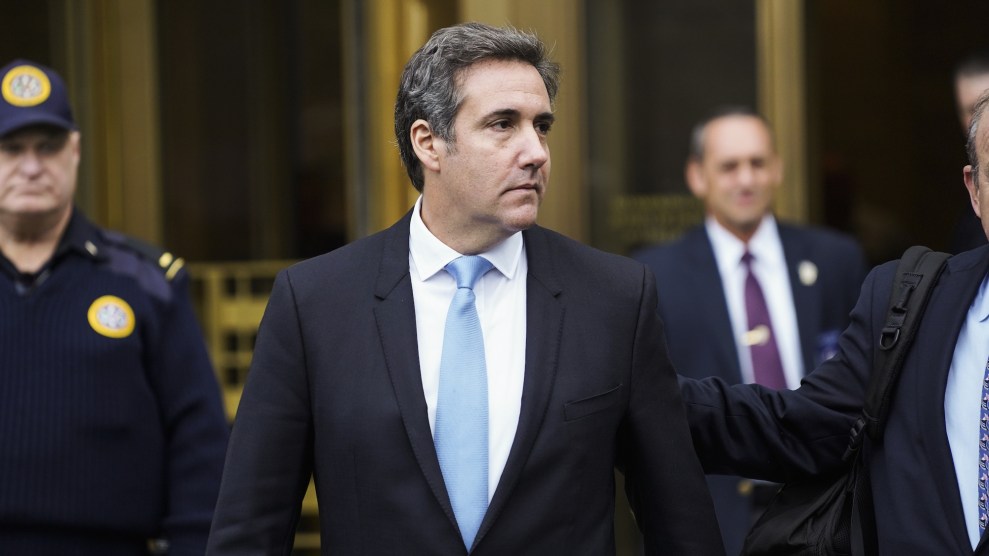 In one of the stranger twists of the midterm cycle, President Donald Trump’s former lawyer Michael Cohen, who once said he’d “take a bullet” for Trump, is now trying to get out the vote for Democrats.

“Listen, here’s my recommendation,” Cohen told CNN outside his home on Friday. “Grab your family, grab your friends, grab your neighbors, and get to the poll, because if not, you are going to have another two or another six years of this craziness. So, make sure you vote. All right?”

It’s been a while since we’ve heard directly from Cohen. He pled guilty in August to eight federal charges of tax and bank fraud, as well as violating campaign finance law, and has since cooperated with prosecutors investigating Trump’s family businesses and presidential campaign. CNN also reported that Cohen met with Special Counsel Robert Mueller’s office and the New York State attorney general’s office in recent weeks.

A longtime fixer and personal attorney for Trump, Cohen’s relationship with the president has soured considerably as Mueller’s probe has advanced. Cohen has testified that Trump ordered him to funnel 2016 campaign payments to silence women alleging affairs with Trump.

Trump kept up his end of the feud in an interview with the Associated Press earlier this week, accusing Cohen of “lying,” downplaying the work he has done as just “a PR person who did small legal work.”

Until he resigned in June 2018, Cohen was the deputy finance chairman for the Republican National Committee. Now, according to his lawyer, Cohen is changing his registration back to the Democratic Party.

There is no sign that Democratic leadership have wanted or needed any help from the new recruit, but Elle might appreciate his efforts.

The #MidtermElections2018 might be the most important vote in our lifetime. #GetOutAndVote #VoteNovember6th