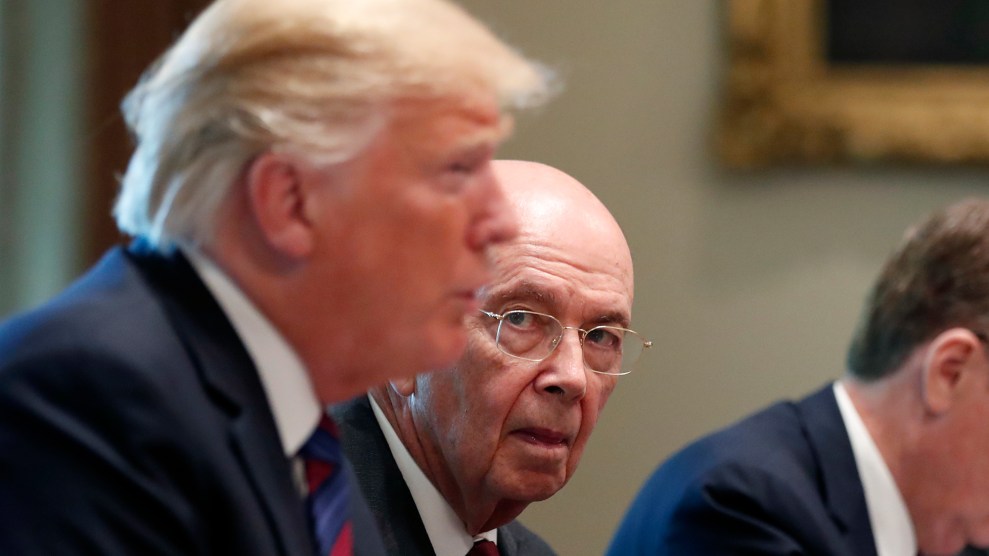 Commerce Secretary Wilbur Ross will not have to testify under oath about why he added a controversial question about US citizenship to the 2020 census, after the Supreme Court blocked a federal court ruling requiring Ross to sit for a deposition in an ongoing lawsuit over the question.

On September 21, Judge Jesse Furman of the Southern District of New York ordered, “Secretary Ross must sit for a deposition because, among other things, his intent and credibility are directly at issue in these cases.” The Second Circuit Court of Appeals affirmed that ruling, but Monday night, the Supreme Court issued a stay, sparing Ross from answering questions under oath and handing the Trump administration an initial victory in a critical case.

The plaintiffs challenging the citizenship question, which include New York and 16 other states as well as the American Civil Liberties Union, wanted to depose Ross because documents released as part of the lawsuit suggest Ross has made numerous false statements about the origins of the citizenship question and why he added it to the census.

However, Ross repeatedly lobbied the Justice Department to add the citizenship question, not the other way around. In a May 2017 email to Ross, a senior Commerce Department official named Earl Comstock wrote, “We need to work with Justice to get them to request that citizenship be added back as a census question.” Ross wrote in response he had “inquired whether the Department of Justice would support, and if so would request, inclusion of a citizenship question.” Comstock wrote to Ross in September 2017, “Justice staff did not want to raise the question given the difficulties Justice was encountering in the press at the time (the whole Comey matter).”

1/ In our Census case, we just got this email to Wilbur Ross that the court ordered the Govt to unredact. It shows that when Commerce first asked DOJ to come up w/a pretext for adding the citizenship q, DOJ balked b/c it was already getting bad press with "the whole Comey matter" pic.twitter.com/KgqdJJ0hRp

At a congressional hearing March 20, Ross was asked whether anyone in the White House had discussed adding the citizenship question with Ross or his team. Ross responded, “I’m not aware of any such” effort.

However, Ross admitted in subsequent court filings that he discussed the addition of the citizenship question with “senior Administration officials” including then-White House chief strategist Steve Bannon. In a legal filing October 11, the Justice Department wrote that Ross “recalls that Steven Bannon called Secretary Ross in the Spring of 2017 to ask Secretary Ross if he would be willing to speak to then-Kansas Secretary of State Kris Kobach about Secretary Kobach’s ideas about a possible citizenship question on the decennial census.”

In July 2017, Kobach—at the time the vice chair of President Donald Trump’s now-defunct Election Integrity Commission—wrote to Ross “at the direction of Steve Bannon” and said it was “essential” the citizenship question be added to the census. Kobach wrote that the absence of a citizenship question “leads to the problem that aliens who do not actually ‘reside’ in the United States are still counted for congressional apportionment purposes.”

Kobach’s correspondence with Ross contradicted the Trump administration’s stated rationale for the question—Kobach never mentioned the Voting Rights Act in his letter—and suggested that the question was added to boost Republicans and reduce the political clout of areas with many immigrants.

In July, Judge Furman ruled that the lawsuit against the Trump administration filed by New York and 16 other states challenging the citizenship question should go to a full trial. While noting Ross had “broad authority over the census,” Furman said his decision to add the citizenship question may have been “motivated at least in part by discriminatory animus and will result in a discriminatory effect.” He said the evidence strongly suggested Ross had acted “in bad faith” when he added the question.

Despite blocking Furman’s order, the Supreme Court on Monday ruled that the plaintiffs could still depose John Gore, the Justice Department’s assistant attorney general for civil rights, who wrote the memo that formally requested the citizenship question. The Supreme Court will also allow the plaintiffs to depose other Commerce Department employees and the head of the Trump transition team for the Census Bureau, and will require the Commerce and Justice departments to turn over internal documents relating to their census deliberations. “We welcome the Court’s decision to allow us to complete discovery in the case, with the exception only of Sec. Ross’ deposition, which remains on hold pending further briefing,” Amy Spitalnick, communications director for the New York state attorney general’s office, said in an email.

Justices Clarence Thomas and Neil Gorsuch dissented from that part of the opinion, saying they would prohibit the plaintiffs from undertaking further fact-finding in the case. They also seemed to back Ross’ decision to add the citizenship question, suggesting they would rule in the Trump administration’s favor if a challenge to the citizenship question eventually reaches the Supreme Court. “As evidence of bad faith here, the district court cited evidence that Secretary Ross was predisposed to reinstate the citizenship question when he took office; that the Justice Department hadn’t expressed a desire for more detailed citizenship data until the Secretary solicited its views; that he overruled the objections of his agency’s career staff; and that he declined to order more testing of the question given its long history,” they wrote. “But there’s nothing unusual about a new cabinet secretary coming to office inclined to favor a different policy direction, soliciting support from other agencies to bolster his views, disagreeing with staff, or cutting through red tape.”

Six major lawsuits, including the one from New York and 16 other states, are currently challenging the citizenship question. The first trial is scheduled to begin in New York City on November 5, one day before the midterms.