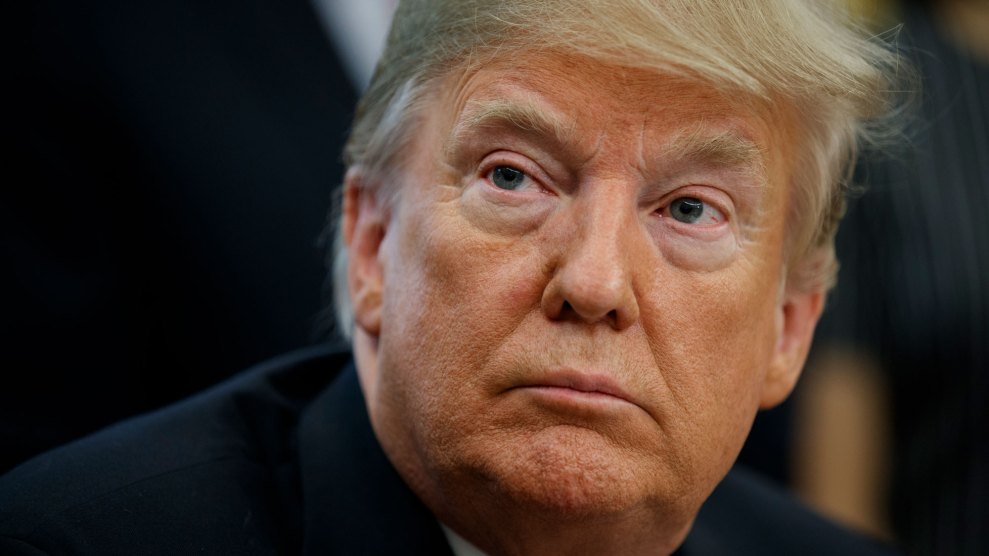 On Saturday night, President Donald Trump defended Saudi Arabia as an “incredible ally” while at the same time criticizing the monarchy’s explanation that Washington Post columnist Jamal Khashoggi was killed during a fistfight with 15 men inside the Saudi consulate in Turkey. Turkish investigators have said that Saudi agents tortured and dismembered Khashoggi during a visit to the consulate to pick up a document before his wedding.

Acknowledging “there’s been deception, and there’s been lies,” Trump told the Washington Post late on Saturday that Khashoggi’s killing would not derail an ongoing $110 billion arms deal with Saudi Arabia. “To give that up would hurt us far more than it hurts them,” Trump told the Post. “Then all they’ll do is go to Russia or go to China. All that’s doing is hurting us.”

The Saudi government’s attempt to deflect responsibility has drawn international skepticism from critics who say the killing would have happened with the knowledge or consent of the crown prince, Mohammed bin Salman. But Trump, who has accepted the Saudi government’s version of events and ignored US intelligence, was hesitant to send blame the prince’s way. “Nobody has told me he’s responsible. Nobody has told me he’s not responsible. We haven’t reached that point,” Trump told the Washington Post. On Saturday, the Saudi foreign ministry announced the arrest of 18 people and the firing of five top officials, including the crown prince’s adviser Saud al-Qahtani, after its initial investigation into Khashoggi’s death.

Meanwhile, some Republican senators have been more forceful in criticizing the Saudi regime’s story about the journalist’s killing. In an interview on Fox News Sunday morning, Sen. Rand Paul (R-KY) called for an end to arms sales with the Riyadh. Sen. Bob Corker, chair of the Foreign Relations Committee, said on CNN’s “State of the Union” on Sunday he believed the Saudi crown prince Mohammed bin Salman was involved in the operation that resulted in Khashoggi’s death.

.@SenBobCorker on the Crown Prince: "Obviously if he's gone forth and murdered this journalist, he's now crossed the line, and there has to be a punishment and a price to pay for that… Do I think he did it? Yeah. I think he did it." #CNNSOTU pic.twitter.com/aHbGTv98nI

.@RandPaul tells Chris: “There’s no way 15 people were sent from Saudi Arabia to Turkey to kill a dissident without the approval of the Crown Prince.” #FNS pic.twitter.com/F23CBMhzIq

"You don't bring a bone saw to an accidental fist fight," says GOP Sen. Ben Sasse of the Saudis' explanation for journalist Jamal Khashoggi's death. "The Saudis have said a whole bunch of crap that's not right, accurate, or true" #CNNSOTU pic.twitter.com/kplFCzD1nU