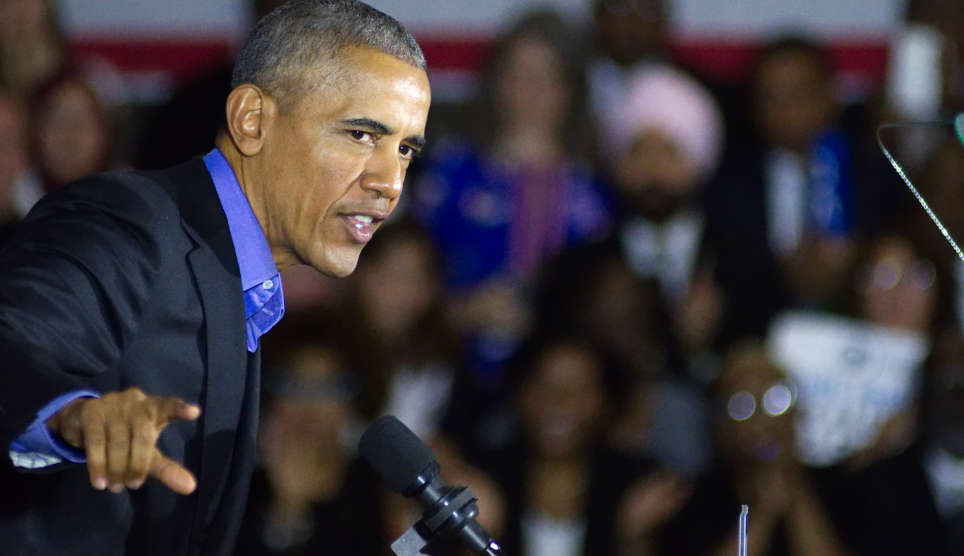 Former President Barack Obama on Sunday mocked his successor’s efforts to fear-monger over the so-called “caravan” of migrants coming to the United States, warning supporters that such tactics were designed to distract from larger Republican goals, including scaling back health care access and implementing tax cuts for the rich.

“Now, two weeks before this election, they’re telling us that the single most grave threat to America is a bunch of poor, impoverished, broke, hungry refugees a thousand miles away,” Obama told supporters at a campaign rally for Sen. Joe Donnelly. He then condemned President Trump’s recent order to send thousands of soldiers to the border.

The former president also compared Republicans’ recent anti-immigrant rhetoric to the party’s past hand-wringing over the 2014 Ebola outbreak and Hillary Clinton’s emails—instances Obama framed as attempts to stoke fear in spite of the truth. “You know they didn’t really care about it,” Obama said. “Because if they did they’d be pretty upset that our current president has an unsecured iPhone that he leaves in his golf cart that the Chinese are listening to all the time.”

He ended his remarks with a call for truth amid what for many has felt like a relentless onslaught of falsehoods.