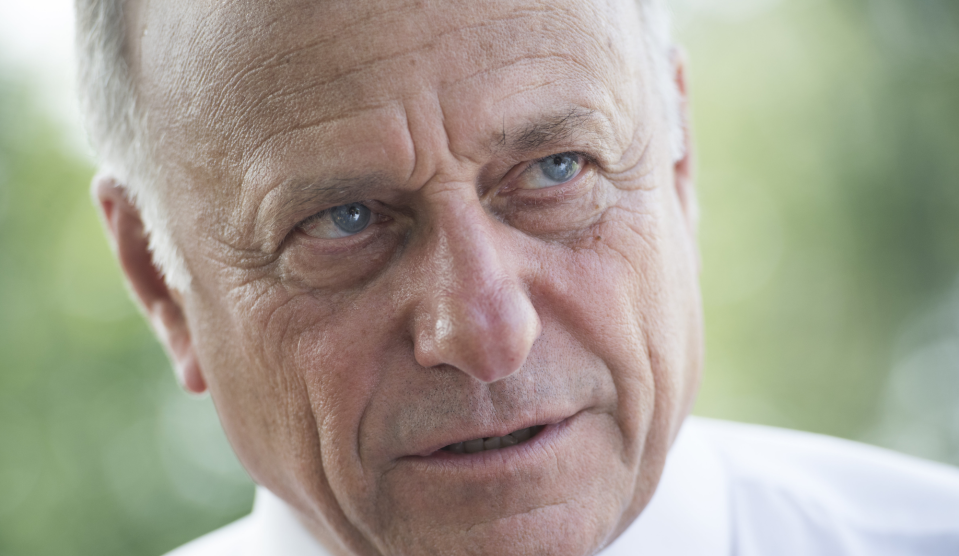 Rep. Steve King—the Iowa Republican congressman whose record of racist, inflammatory rhetoric came to a head last month amid revelations that he’d recently met with an Austrian political party with historical Nazis connections—is suddenly less than thrilled to be linked to white nationalism.

During a candidate forum in Des Moines Thursday, King became increasingly agitated after a participant recalled an incendiary 2017 tweet from the congressman that stated, “We can’t restore our civilization with somebody else’s babies”—remarks King double-downed on despite widespread condemnation. The audience member began to draw a comparison between King’s tweet and the xenophobic social media posts by the suspected shooter in Saturday’s Pittsburgh synagogue massacre. “You and the shooter both share an ideology that is fundamentally anti-immigration,” the participant said.

“Do not associate me with that shooter,” King said angrily. “I knew you were an ambusher when you walked in the room, but there is no basis for that, and you get no questions, and you get no answers.”

The heated exchange continued, as the participant asked what qualities might distinguish King’s views from that of the shooter’s. “But do you identify as a white supremacist?” he asked.

“Then why did you meet with a white supremacist organization in Austria?”

The tense moment comes as King faces an unexpectedly tough challenge to his re-election bid as controversy builds over his rhetoric.

Steve King blows up at questioner who pressed him on the Pittsburgh massacre #IA04 pic.twitter.com/7sFQyY9fOW