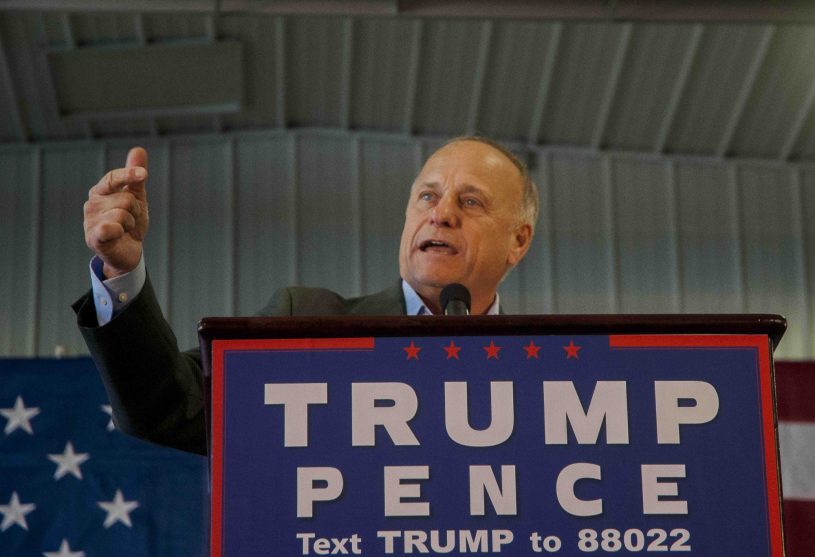 The House of Representatives overwhelmingly passed a resolution Tuesday condemning comments that Rep. Steve King (R-Iowa) had made about white supremacy—with even King himself voting for the measure, in an odd turn of events.

It was a rare instance of unanimous agreement within the House, with the resolution passing by a vote of 421-1 in favor of it. Rep. Bobby Rush (D-Ill.) was the sole vote against the resolution, saying it was not strong enough and that King should have been censured instead, which would have been a stronger reprimand.

In a speech on the House floor Tuesday afternoon, King did not apologize, but said that he would vote for the resolution, saying that he agreed with its message. “I can tell you this: That ideology never shows up in my head,” King said. “I don’t know how it could possibly come out of my mouth.”

The resolution begins by citing King’s remarks to the New York Times from last week: “White nationalist, white supremacist, Western civilization—how did that language become offensive?” King said. The resolution the House passed goes on to state that white supremacy and white nationalism are “contrary to the ideals of the United States of America” and gives various examples of the increase in bigotry and hate crimes over recent years.

King maintained, however, that his comments to the Times were taken out of context. But the congressman has a long track record of insulting immigrants and has aligned himself with white nationalists and anti-Semitic figures in the past, often parroting their racist rhetoric.