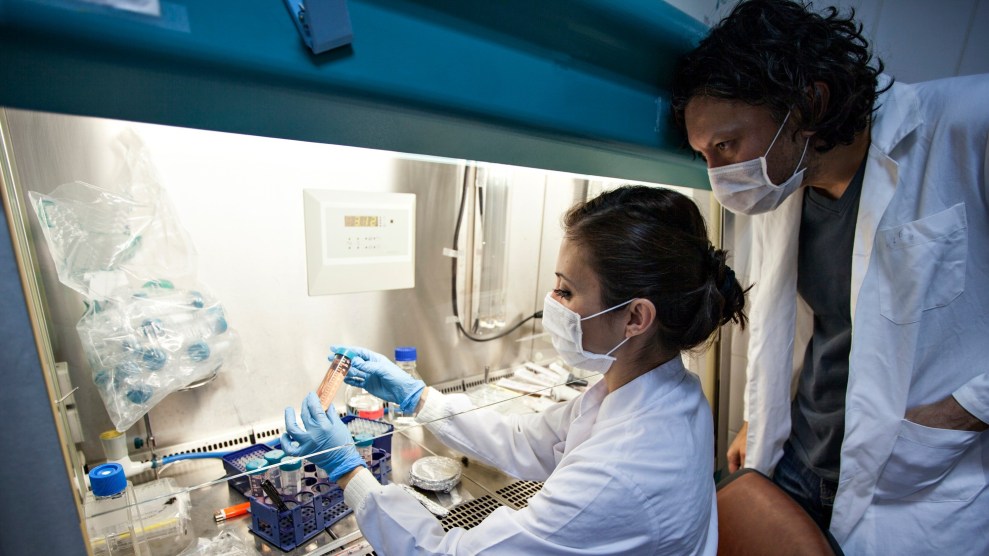 In early November, Jamie Rowen, an author and assistant professor of legal studies at the University of Massachusetts at Amherst, was notified that she had been selected to receive a prestigious CAREER Award from the National Science Foundation. The awards, distributed annually to support junior faculty members in science and engineering, will provide her with a $500,000, 5-year grant to research and write a book about veterans in the criminal justice system.

For the last two years, Rowen has been studying Veteran Treatment Courts, which provide addiction and mental health treatment to military veterans as an alternative to incarceration—all issues that the Trump administration has prioritized. Rowen expected to receive final approval from NSF this month and funding in early February. But the ongoing partial government shutdown—the longest in America’s history—has prevented awards from being processed.

She’s far from alone. The NSF hasn’t divvied out a single dollar in grant money since the shutdown began Dec. 22. During the same time period a year ago, the federal agency awarded more than 400 research grants valued at $127.3 million, according to a running tally by Benjamin Corb, public affairs director of The American Society for Biochemistry and Molecular Biology.

“The impact on science is a slow strangling of the American scientific enterprise,” Corb wrote in an email.

President Donald Trump’s demand that Congress fork over $5.7 billion for a wall along the US-Mexico border has left some 800,000 federal workers without pay. The Senate is set to vote Thursday on a pair of measures aimed at reopening the government, but neither is expected to pass, as HuffPost reported.

With seemingly no end to the political battle in sight, there’s no telling when Rowen will receive the grant money to continue her work. She said she planned to hire three research assistants from three separate institutions as part of the project, along with summer undergraduate researchers. Those students are also now in limbo, waiting to hear if Rowen will be able to bring them aboard. She worries that if the government doesn’t reopen soon, the students will be forced to find employment elsewhere.

The delay has also impacted Rowen’s ability to organize and pay for research trips she had planned for the spring and summer.

“It’s sort of a first-world problem amongst all of the survival problems,” she said, referring to the financial hardships that tens of thousands of government workers now face because of missed paychecks. “But it’s serious,” she said, showing the ripple effect the shutdown is having.

The NSF is among several government agencies that fund research grants. And derailing the flow of grant money is just one of many ways that the shutdown has stymied scientific research around the country. Thousands of scientists remained furloughed across agencies like the National Oceanic and Atmospheric Administration, the Environmental Protection Agency and the US Geological Survey.

Meanwhile, the administration has managed to forge ahead with fossil fuel development in its relentless push for so-called “energy dominance.” The Interior Department is continuing to process oil and gas drilling applications and permits and recently amended the Bureau of Ocean Energy Management’s shutdown contingency plan to bring back dozens of furloughed employees to continue work on offshore drilling activities.

Approximately 90 percent of NSF’s 2,100-person workforce is furloughed, an agency spokeswoman said. At least 250 postdoctoral research fellows have gone without their stipends. The agency has had to cancel job interviews for key positions, including head of the Office of Information and Resource Management. And it was unable to send staff to a number of recent science conferences, including those of the American Astronomical Society and the American Meteorological Society.

Among the many grants and awards that have been delayed are a batch of more than 180 small business innovation awards that were ready to go out when appropriations lapsed. Additionally, NSF has been forced to cancel dozens of review panels, groups of independent scientists and experts that evaluate grant proposals. The NSF makes decisions to fund or reject proposals based on these recommendations.

More than 100 panels were scheduled to review nearly 2,000 scientific proposals between Jan. 7 and Jan. 25, according to NSF. Those included panels for chemistry, earth sciences, astronomical sciences and molecular and cellular biosciences. NSF’s Division of Molecular and Cellular Biosciences has previously funded research looking at ways to target bacteria like E.coli and on bacteria that could help mitigate the impacts of greenhouse gas emissions, Corbs told HuffPost.

An NSF spokeswoman called the situation “unprecedented” and said the agency doesn’t yet know the full extent of the shutdown’s effects.

When the political standoff does finally end, NSF will have to tackle weeks of backlogged work in addition to everything on its regular agenda, which includes dozens of review panel meetings on the books for February and March. The rescheduling effort will be a “mess to untangle,” Corbs said.

“We will never know exactly which funding opportunities have been lost because of this shutdown, but we can be assured that American science [continues] to be hurt,” he said.

Rowen, who was invited to be on a review panel in March, fears the shutdown could set science research, universities and careers back years. Universities rely on a stagnant pool of federal grant money to pay salaries and fund research. Roughly one-quarter of Rowen’s $500,000 grant is to go toward operating costs at the multiple universities she has partnered with for the project.

“I have little doubt that the hold-up of NSF funding will cost jobs and cause ripple effects in university administration,” Rowen said in a text message.

These outside awards can make or break a career, she added. It was an NSF grant that funded her dissertation research at the University of California, Berkeley, which she says ultimately led to a job in academics.

“It’s huge for people who are scholars to not have the certainty around this,” Rowen said.