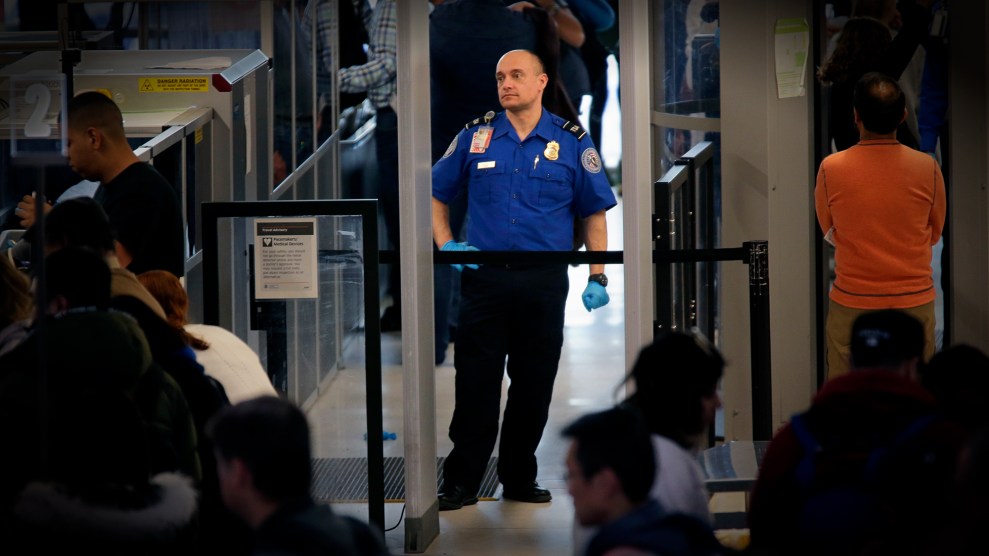 Transportation Security Administration agents help passengers through a security checkpoint at Newark Liberty International Airport in Newark. New figures released Sunday reveal a record number of agents are not showing up to work.

The Transportation Security Administration has reported that the number of airport security agents not showing up to work reached an all-time high over the holiday weekend, according to the Washington Post, a side-effect of the government shutdown that the Department of Homeland Security previously stated was not a concern.

TSA agents are among the estimated 800,000 federal workers who are furloughed or working without pay during a government shutdown that is reaching its 30th day. The Washington Post reported that the number of unscheduled absences hit 8 percent nationally this weekend, up from a 3 percent a year ago.

“There is an increasing percentage of the TSA workforce that is calling out predominantly for financial reason,” TSA spokesman Michael Bilello said. “This is isolated now to a number of our largest hub airports.”

The spike has caused long lines at the nation’s busiest airports, but Bilello says the absences have not compromised the security screening process.

Earlier this month, a DHS spokesperson denied there were any issues with agents showing up at work. Tyler Q. Houlton tweeted that security operations “have not been impacted by a non-existent sick out” after CNN reported hundreds of TSA employees required to work without paychecks during the shutdown were calling in sick at four major airports.

More #FakeNews from @CNN. Security operations at airports have not been impacted by a non-existent sick out. CNN has the cell numbers of multiple @TSA public affairs professionals, but rather than validate statistics, they grossly misrepresented them. https://t.co/PzVeoIBt5R