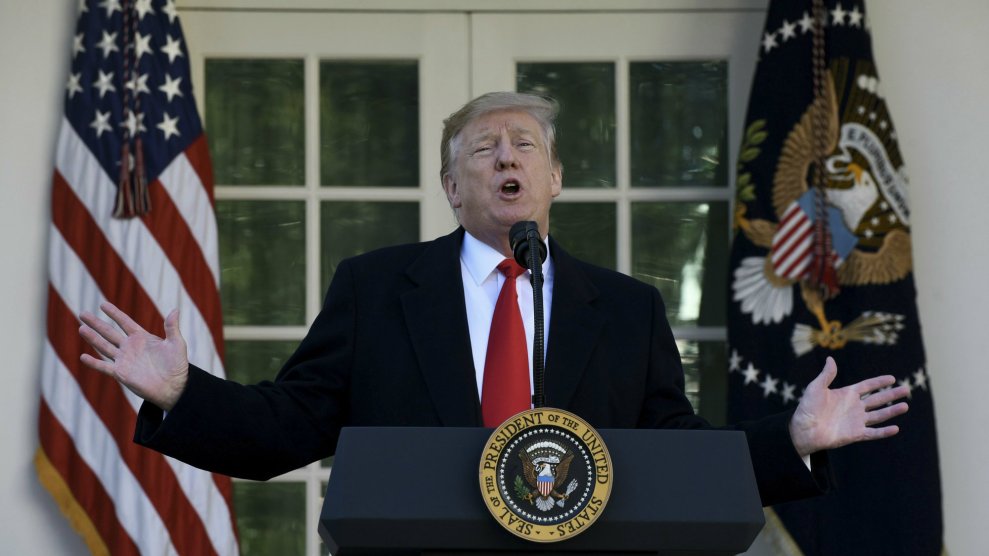 I regret to you inform you that the president of the United States still does not understand climate change or the science behind our warming planet.

On Sunday at a rally in Minneapolis, Sen. Amy Klobuchar (D-Minn.) announced she’s running for president. In her speech, Klobuchar said that as president she would take steps to mitigate climate change. It was snowing heavily while she spoke, a fact that President Donald Trump, despite all of the scientific evidence, still seems to think disproves that global warming is happening.

Well, it happened again. Amy Klobuchar announced that she is running for President, talking proudly of fighting global warming while standing in a virtual blizzard of snow, ice and freezing temperatures. Bad timing. By the end of her speech she looked like a Snowman(woman)!

Time and time again, scientists have explained that just because it’s cold or snowing outside doesn’t mean that climate change is some kind of hoax. During the polar vortex that gripped much of the country in January, Trump fired off a similar tweet about how global warming needed to “come back fast.” A National Oceanic and Atmospheric Administration spokesperson denied it was a response to the president, but shortly after Trump’s comments, the agency tweeted a very simplistic cartoon that explains why many Americans experienced record-breaking cold despite the fact that the planet is getting hotter.

That didn’t deter Trump from tweeting climate denier rhetoric. But he may want to rethink his strategy: More and more Republicans are realizing that the scientists are right—global warming is happening.