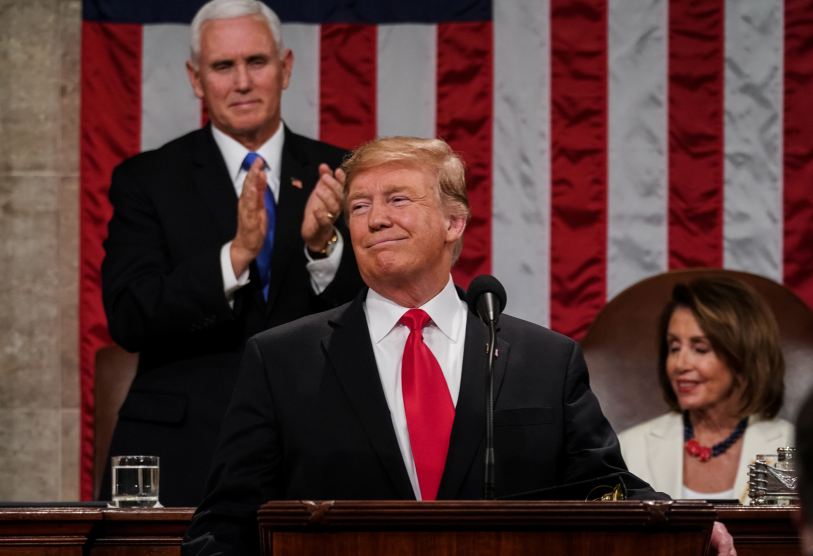 President Donald Trump was nominated for a Nobel Peace Prize by Japanese Prime Minister Shinzo Abe, who the Japanese press says made the nomination after receiving a request to do so from the United States government, which is led by Donald Trump.

During Trump’s national emergency press conference Friday at the White House, the president bragged that Abe handed him “the most beautiful copy” a five-page nomination letter, according to Reuters. Trump also claimed last week that the nomination was the result of his work opening talks between Japan and North Korea.

But on Sunday, the Japanese newspaper Asahi Shimbun reported that the prime minister nominated Trump as a result of a request by the US government:

According to the sources, the U.S. government “informally” asked Tokyo to nominate Trump after he met with North Korean leader Kim Jong Un in Singapore in June, the first-ever summit between the two countries.

All that’s confusing but, then again, Donald Trump is president of the United States.