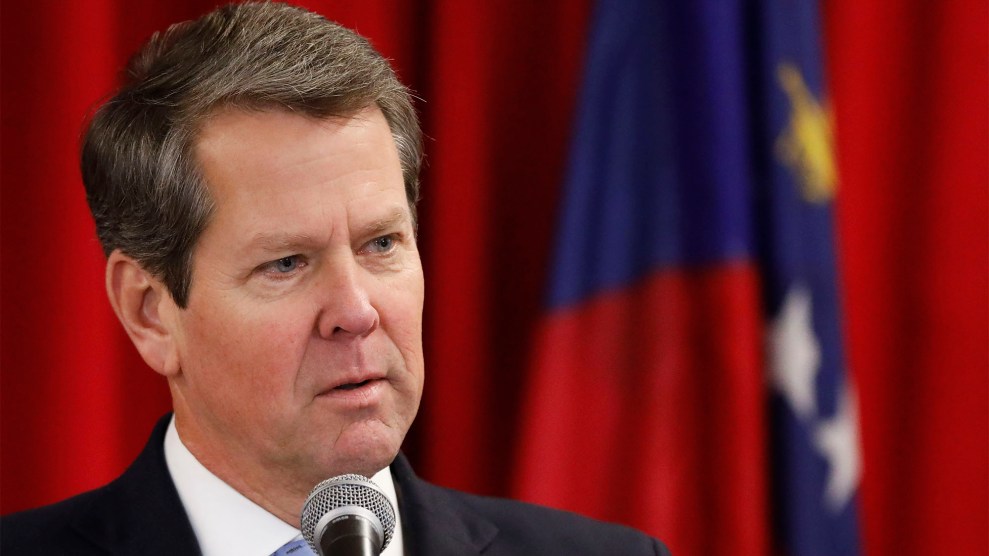 House Democrats are opening an investigation into widespread reports of voter suppression in Georgia during the 2018 election. They requested extensive documents from Gov. Brian Kemp, who oversaw his own election as secretary of state.

Rep. Elijah Cummings (D-Md.), who chairs the House oversight committee, announced the investigation on Wednesday. “The Committee is particularly concerned by reports Georgians faced unprecedented challenges with registering to vote and significant barriers to casting their votes during your tenure as Secretary of State and during the 2018 election,” Cummings wrote in a letter to Kemp that he released Wednesday.

Cummings cited a multitude of voting problems under Kemp’s watch, including that 1.4 million people were purged from the voting rolls from 2012 to 2016; the registrations of 53,000 people—80 percent of them voters of color—were put on hold before the election; 214 polling places were closed while Kemp was secretary of state; and there were lines of more than four hours at heavily black voting precincts.

The committee asked Kemp for all communications and documents relating to voter roll purges, polling place closures, and problems with voting machines, as well as a program Kemp oversaw that blocked voter registration applications if information on the registration form didn’t exactly match state or federal databases. Cummings has previously said he wanted Kemp to testify before his committee.

Cummings also expressed alarm about Kemp’s refusal to recuse himself as secretary of state while running for governor and a statement falsely accusing Georgia Democrats of “cyber crimes” just before the election, requesting internal communications about both issues.

This appears to be the beginning of the most in-depth investigation into voter suppression in Georgia. Kemp’s Democratic opponent, Stacey Abrams, filed a federal lawsuit against Georgia’s voting laws after coming 18,000 votes short of forcing a runoff. Abrams said Kemp’s suppressive voting tactics allowed him to “tilt the playing field in his favor.”