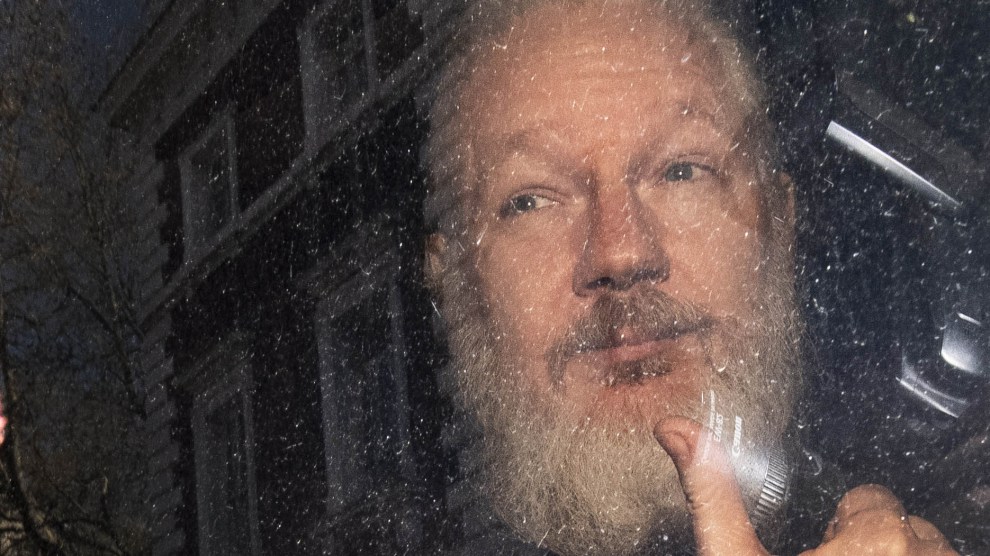 WikiLeaks founder Julian Assange is facing a new round of charges for his role in publishing tens of thousands of US government documents provided by former Army Private Chelsea Manning. The 18-count indictment, announced by the Department of Justice Thursday afternoon, charges that Assange violated the Espionage Act when he allegedly “aided and abetted [Manning] in obtaining classified information.” The DOJ had previously announced that it was charging Assange with violating computer fraud laws.

Barry Pollack, the lawyer who handles Assange’s US legal affairs, told Mother Jones Thursday that the government charged Assange for “encouraging sources to provide him truthful information and for publishing that information.” He called the initial allegations unsealed last month a “fig leaf,” adding: “These unprecedented charges demonstrate the gravity of the threat the criminal prosecution of Julian Assange poses to all journalists in their endeavor to inform the public about actions that have been taken by the US government.”

Prosecutors told reporters Thursday that they were “not charging Assange for passively obtaining classified information,” according to Politico, and added that Assange is “not a journalist.”