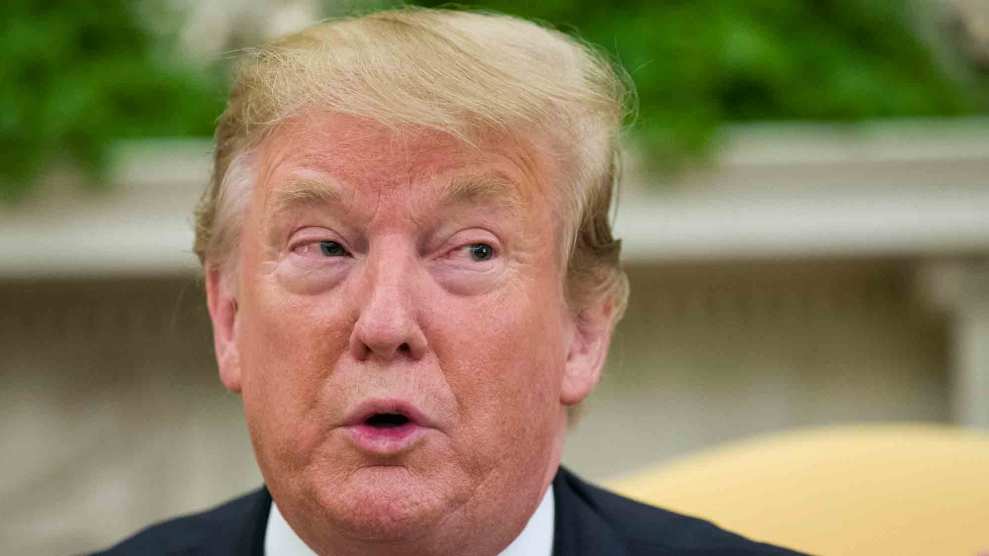 In 2016, Donald Trump ran against Washington insiders and top donors, mocking his opponents for their ties to the establishment and the monied class. In return, deep-pocketed GOP fundraisers largely shunned his campaign. But that’s all in the past now. On Tuesday, when the Trump campaign threw a major donor conference at the president’s Washington, DC, hotel, hundreds of Republican rainmakers showed up, ready to hit up their business and social networks for big-dollar checks for Trump.

While the donors disappeared into the “Presidential Ballroom” at the Trump International Hotel, a handful of Trump World celebrities wandered through the lobby—Trump campaign manager Brad Parscale ate at the hotel’s steakhouse; Katrina Pierson, a senior adviser and prominent surrogate for the Trump campaign, strolled past the bar; and Trump’s former White House communications director (and former Fox News exec) Bill Shine chatted with guests.

Invitations to the confab described it as a kickoff event for the Trump Victory Finance Committee, a collaborative effort between the president’s campaign and the Republican National Committee designed to lure in big donors. A key goal of the event was to launch the work of Trump fundraisers known as bundlers—financial supporters who not only contribute themselves but who collect large-dollar amounts from associates and friends. This approach to campaign cash-grabbing was originated by the George W. Bush campaign, which dubbed supporters who raised at least $100,000 “pioneers”—and afforded them exalted status in the GOP cosmos.

According to the Wall Street Journal, which reviewed an informational packet for potential Trump bundlers, raising $100,000 for the president would qualify fundraisers for a “Builders Club” designation that would come with perks such as special briefings and commemorative gifts.

Campaigns do not have to disclose all their bundlers, so some of these Trump underwriters can remain secret. The Federal Election Commission only requires campaigns to publicly report bundlers if they are registered lobbyists.

Jack Oliver, a co-founder of DC lobbying firm Bryan Cave, told NPR that he would be at the event and was advising the campaign on developing a donor network. (One invited GOP fundraiser described the shindig to Mother Jones as Oliver’s event.) A former national finance chair for the Bush campaign in 2000, Oliver didn’t raise money for Trump in 2016; he is exactly the type of establishment moneyman whose support the Trump campaign is now seeking.

Standing outside the Trump hotel, prominent Republican donor David Flaum, a former chair of the Republican Jewish Coalition and a real estate developer from Rochester, New York, estimated that at least 300 donors were inside for the event, which featured a visit from Vice President Mike Pence and talks from various Trump luminaries, including Kellyanne Conway and Lara Trump. Flaum, who was leaving the conference early to spend time with his family, explained his premature departure: “I’ve heard it all before. I came to show my face and to let people know I’m involved and on the team.” Asked why he was backing Trump, Flaum replied, “Jerusalem, Jerusalem, Jerusalem. When Trump says, ‘Never again,’ he means never again.” (He was referring to Trump’s controversial decision to move the US Embassy in Israel from Tel Aviv to Jerusalem.) He also praised Trump’s economic policies, claiming Trump “has succeeded 1000-percent in jobs and wages.”

Flaum noted that in 2016 it was tough to get prominent and wealthy Republicans to cut checks for Trump’s campaign. But that’s all changed. “When I call people now, they can’t wait to give,” he said.

Asked if there was a suggested amount for attendees at Tuesday’s event to donate or bring in, he shook his head: “No, but these people will raise a lot.”