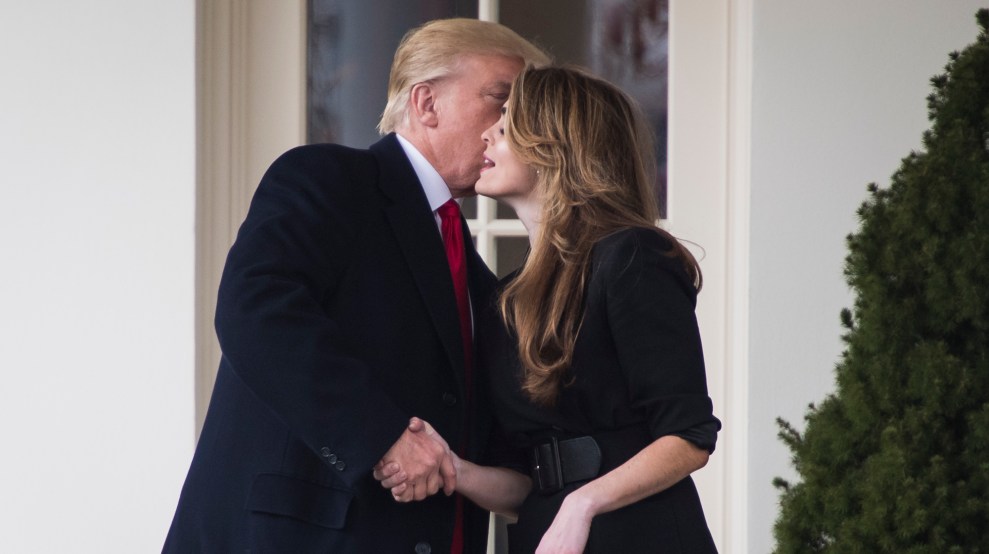 The House Judiciary Committee on Tuesday subpoenaed Hope Hicks, the former White House communications director, and Annie Donaldson, a former chief of staff to Donald McGahn when he served as White House counsel, as part of the panel’s effort to obtain information regarding President Donald Trump’s alleged obstruction of justice.

The move comes after McGahn refused to comply with the committee’s subpoena seeking his testimony at a hearing on Tuesday after the White House claimed the power to block his testimony. In his final report, Special Counsel Robert Mueller cited McGahn’s recollections about Trump’s efforts to force Mueller’s firing as part of the case that Trump had obstructed justice. As McGahn’s deputy, Donaldson kept detailed notes that buttressed McGahn’s account.

Rep. Jerry Nadler (D-NY), the committee’s chairman, says Hicks also was a “critical witness” to Trump’s potential obstruction. The White House is likely to attempt to bar Donaldson and Hicks from testifying and from sharing documents with the panel.