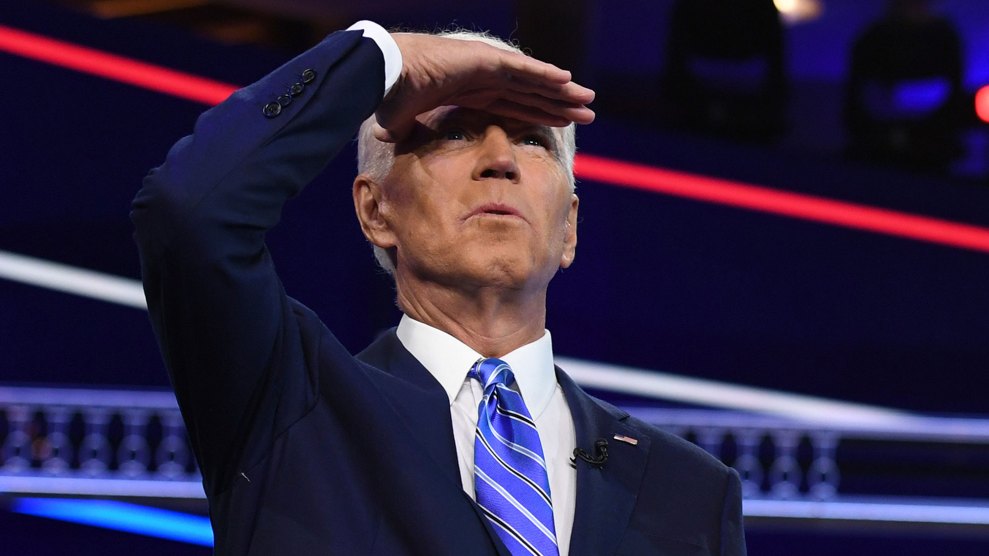 Sen. Kamala Harris’ successful rebuke of Joe Biden’s past opposition to federally mandated busing to desegregate schools has also opened the door to attacks from his other rivals, as they continue to zero in on his defenses of problematic past stances.

While many Democrats may be willing to forgive Biden’s past positions, namely his support for harsh mandatory sentencing laws and opposition to busing, they have less tolerance for his continued defense of them, critics argued on Sunday.

The most recent charge was led by Sen. Cory Booker (D-N.J.) and Former Housing and Urban Development Secretary Julián Castro.

“What we’ve seen from the Vice President over the last month is an inability to talk candidly about the mistakes he made, about things he could have done better, about how some of the decisions he made at the time…  actually have resulted in really bad outcome,” Booker (D-N.J.) said Sunday on “Meet the Press.”

On the same program, Castro said that Biden “will have to continue to explain” his opposition to busing if he stands by that position. Watch below:

WATCH: Biden's going to "have to continue to explain why" his position on busing "was a good position," @juliancastro says on #MTP #IfItsSunday pic.twitter.com/aTanwITgrk

Biden, who enjoys a substantial lead in polls of likely Democratic primary voters, stumbled this month while attempting to pitch his ability to cooperate with ideological foes. The former vice president said he had worked with segregationists, such as Herman Talmadge of Georgia and James Eastland of Mississippi, who was the chairman of the Senate Judiciary Committee when Biden joined the Senate in 1974.

“He never called me boy, he always called me son,” Biden said of Eastland.

Booker faulted that statement, and Biden, when asked later if he would apologize to Booker, said that the New Jersey Democrat should instead apologize to him. On Sunday, Booker said that that reaction showed a major weakness in Biden’s candidacy.

“Instead of coming forward and saying, ‘I could have said that better, or let me tell you what I meant,’” Biden “fell into a defensive crouch and tried to reassign blame,’ Booker said.

WATCH: "Right now the vice president, to me, is not doing a good job of bringing folks together," @corybooker says on #MTP #IfItsSunday pic.twitter.com/pa72xDnlZE

“Whoever our nominee is going to be, whoever the next president is going to be, really needs to be someone who can talk openly and honestly about race with vulnerability because none of us are perfect, but really call this country to common ground, to reconciliation,” Booker continued. “I’m not sure if Vice President Biden is up to that task given the way these last three weeks have played out.”