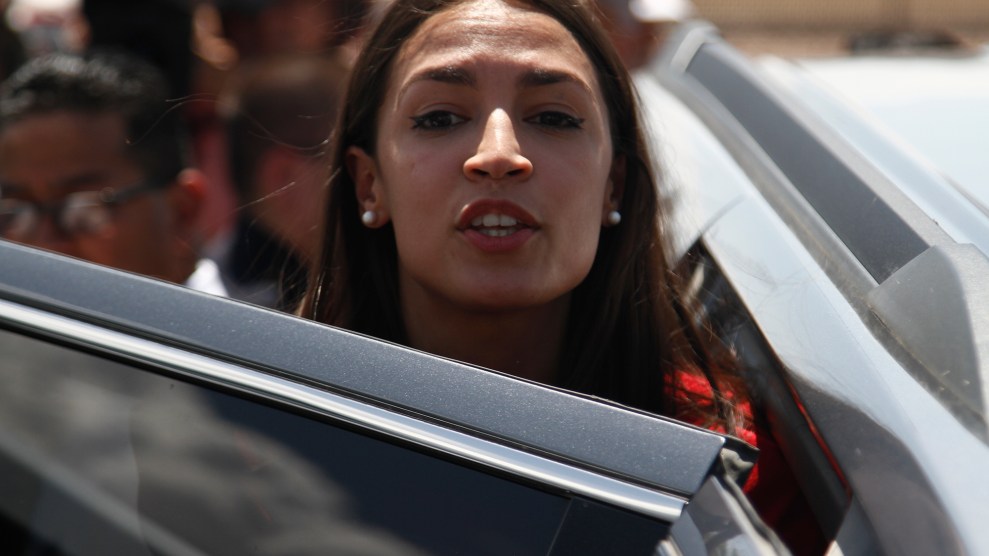 Rep. Alexandria Ocasio-Cortez, of New York, gets in an SUV after touring the inside of the Border Patrol station in Clint, Texas, on Monday.Cedar Attanasio/AP

On Monday, Rep. Alexandria Ocasio-Cortez (D-N.Y.) joined a 16-member congressional delegation that got a rare glimpse inside three highly fortified migrant detention facilities, which she has referred to as “concentration camps.” Mother Jones contributor Jonathan Katz, who writes the “The Long Version” newsletter, accompanied the delegation to the sites, though reporters were not permitted inside. Later, he sat down with Ocasio-Cortez to get her perspective on what had happened during the day, how we got here, and where things might go next. Click here to read Katz’s dispatch from Texas and a full transcript of the interview. And listen below to our exclusive sit-down with the congresswoman who has catapulted the issue to national attention, on this bonus episode of the Mother Jones Podcast: