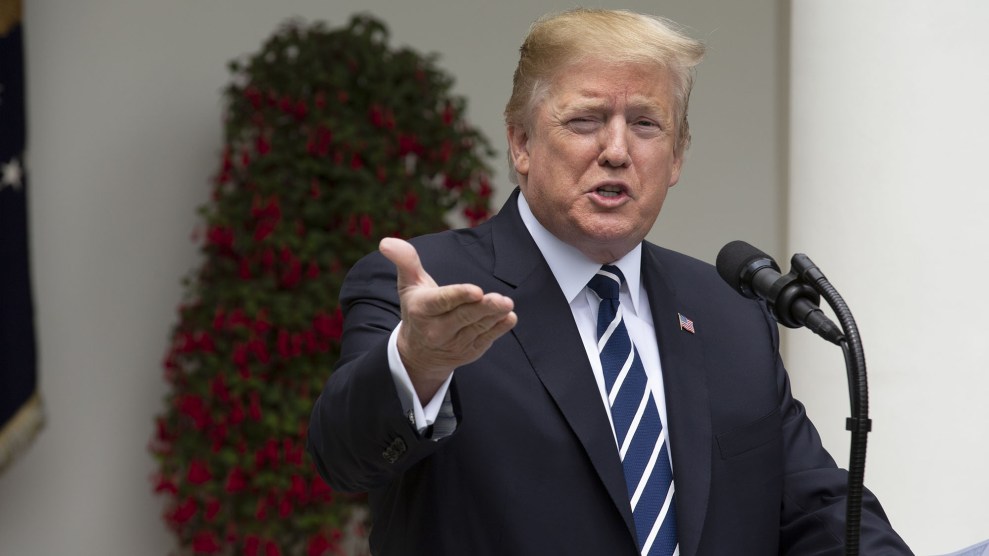 President Donald Trump won’t show up on primary ballots in California unless he releases his tax returns, according to a state law enacted Tuesday.

Democratic Gov. Gavin Newsom signed into law a bill requiring all presidential candidates to submit five years of income tax filings by late November in order to appear on the presidential primary ballot in March next year, the Los Angeles Times reported. The law only applies directly to the primary, and not to the November 2020 general election.

California is not the only state to have passed laws aimed at getting Trump to release his tax returns. Earlier this month, New York passed a law requiring the president—and other federal officials—to release state tax returns upon request from one of three congressional committees. California takes the practice a step further by essentially mandating the president to release his tax returns, or risk handing the state’s Republican primary votes to another candidate. (Since Trump isn’t likely to face a competitive Republican primary next year, he could get his party’s nomination without California’s delegates and still possibly appear on the state’s ballot in the general election next fall.)

Legal experts predict that the law, which applies to candidates of all political parties, will be challenged—but that it could inspire other blue states to enact similar legislation. If California’s law is upheld by the courts, it could cause unintended consequences. “Requiring presidential candidates to release their taxes as a condition of ballot access may not be constitutional,” Rick Hasen, a professor at UC Irvine School of Law, wrote for Politico two years ago. “And even if it is, the Democrats sponsoring such legislation run the risk of major retaliatory measures being taken in Republican states.”